A calm and cloudy morning produced a few bits and pieces on both land and sea. The highlights of the morning exercise walk and scanning from the Moat were a Red Kite, a Marsh Harrier, a Swallow, three Willow Warblers, two Blackcaps and four Firecrests although for the hardened observatory patch worker a male Pheasant and a Red-legged Partridge were sadly almost as significant. A Great Crested Grebe was also seen on the Long Pits.

The early morning seawatch also produced some goodies in the form of a Great White Egret north along the shore, a Mediterranean Gull, 15 Sandwich Terns and the first Arctic Skua of the spring.

We also recorded another "Noc Mig" session and this really came up trumps with a Stone-curlew calling at 0017hrs (listen below) as well as four flocks of Teal and one flock of Common Scoters at 0235hrs. Most of the night was quiet for Redwings but in the early hours passage increased considerably with 208 calls counted.

Two Porpoises were feeding offshore and a Stoat was also seen.

These images taken today may also be of interest. 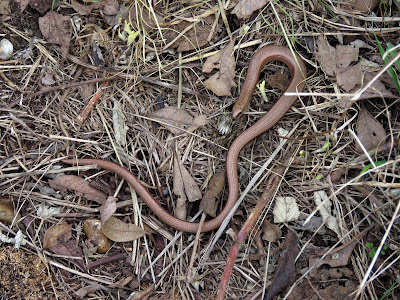