Another wet and breezy morning produced a handful of seabirds including 77 Kittiwakes, three Mediterranean Gulls, a Great Skua and two Arctic Skuas.

Very quiet on the land with a single Willow Warbler in the trapping area and a Yellow Wagtail overhead.

Two Porpoises and a Grey Seal were seen offshore. 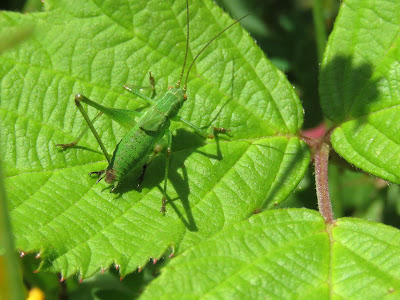 Tow Porpoises and a Grey Seal were feeding offshore.

There were very few moths in the traps this morning but they did include our second Acrobasis tumidana of the year.

Three Willow Warblers and 45 Sand Martins were the only migrants on the land. A very early flock of 22 Brent Geese flew west and five Mediterranean Gulls were also seen offshore.

A Common Seal and a Grey Seal were feeding offshore.

A Green Sandpiper which flew over the Observatory, six Mediterranean Gulls feeding offshore and an Arctic Skua were the highlights.

A Common Pipistrelle bat was flying around the Observatory in the early hours and a Grey Seal was seen offshore.

The best of the moths from the traps were the pyralid Acrobasis tumidana, 66 Yponomeuta evonymella, 62 Yponomeuta rorella, two Sussex Emeralds and The Ear Moth. Four Clouded Yellow butterflies were seen along the power station wall. 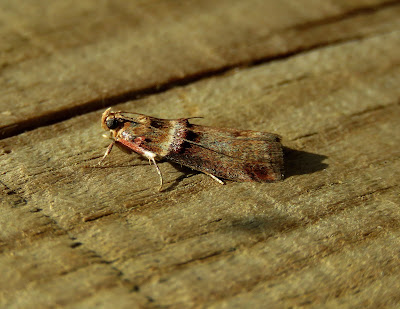 A Common Pipistrelle was flying around the Observatory and a Grey Seal was feeding offshore.

The highlight on the moth front was a superb  Dark Crimson Underwing caught by a holidaying moth-er on the Point overnight.

A violent thunderstorm between 0500 and 0800hrs brought 40mm of rain and severely hampered any birding activity. Four Mediterranean Gulls were seen offshore and were virtually the day's only notable birds.

Among the more regular birds on the RSPB Reserve was a Cattle Egret.

A two-hour seawatch this morning produced 36 Mediterranean Gulls but not much else. A Buzzard and four Yellow Wagtails flew over the area.

The hot and dry weather continues. A three-hour seawatch this morning produced 36 Mediterranean Gulls and 72 Sandwich Terns and a couple of Whimbrel flew over.

Two Small Red-eyed Damselfies were seen at the Long Pits.

The moth traps were surprisingly quiet but a session with pheromone lures produced several Six-belted Clearwings.

Another very warm day with light NE breeze. The only migrants on the land were three Great Spotted Woodpeckers and four Yellow Wagtails.

A Marsh Harrier and four Yellow Wagtails flew over the area and a Grey Plover, a Whimbrel and six Mediterranean Gulls were seen offshore.

Five Small Red-eyed Damselflies were seen on the southern Long Pit and two Clouded Yellows were patrolling along the wall in front of the power station.

A Terrapin species was seen on the Southern Long Pit.

Two Great Spotted Woodpeckers and three Yellow Wagtails passed through this morning and a single Mediterranean Gull was feeding offshore.

Four Porpoises and a Grey Seal were feeding offshore and a Thresher Shark breached on one occasion.

There was another decent catch of moths overnight and with a Fan-foot of note - only the sixth record for the trap. Other bits and pieces included four Sussex Emeralds and at least 12  of the normally scarce Yponomeuta evonymella.

There was some further signs of migration getting underway with 60 Sand Martins and 12 Yellow Wagtails passing overhead. At least 20 Mediterranean Gulls were among the throng of gulls feeding offshore during the day.

Another Lesser Emperor was hunting and resting along the concrete wall between the red/white gate and the seawatch hide. Later in the day two Small Red-eyed Damselflies were seen  at the Long Pits.

There was another decent catch of moths with the highlights including a Pine Hawkmoth, two Sussex Emeralds and a Lunar-spotted Pinion and another Yponomueta evonymella 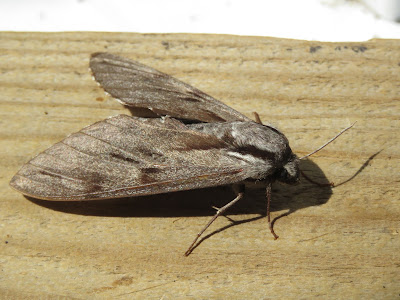 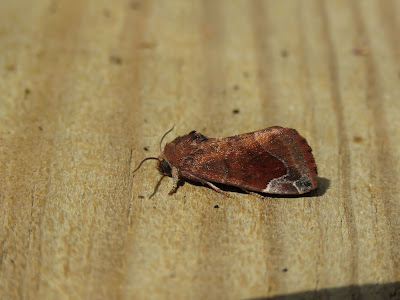 Very little to report although coverage was a bit reduced today, Three Mediterranean Gulls and three Yellow Wagtails flew over the Long Pits.

A Badger came into the garden just before midnight.

A Buzzard and an unseasonal Merlin were seen and a Redshank flew over. Two Common Sandpipers were feeding at Long Pits and in the evening a flock of 150 Sand Martins gathered. One Mediterranean Gull  was seen at the Patch.

The non-avian highlight was a Lesser Emperor dragonfly which was found and quickly caught in the Moat. Three early-stage nymph Sickle-bearing Bush-crickets were also found. 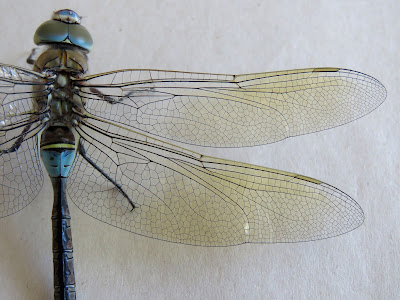 There was a very small movement of finches this morning with a Crossbill, a Siskin and the highlight of the day in the form of a Serin which flew east over the Point. The first juvenile Willow Warbler of the autumn arrived and a Great Spotted Woodpecker was the also the first of the autumn. Four Mediterranean Gulls and Great Skua were seen offshore.

The highlight on the insect front was the finding of three Southern Migrant Hawkers. 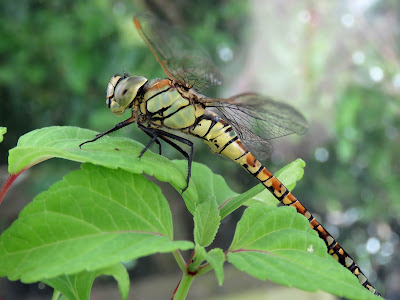 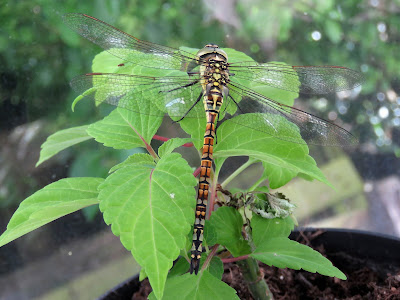 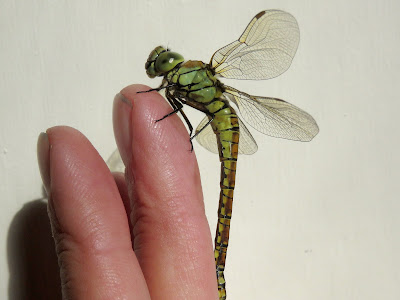 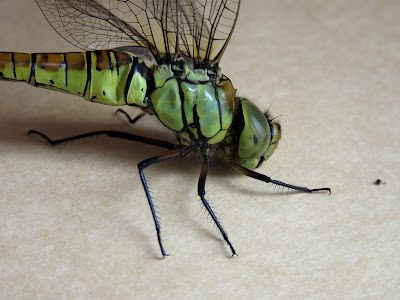 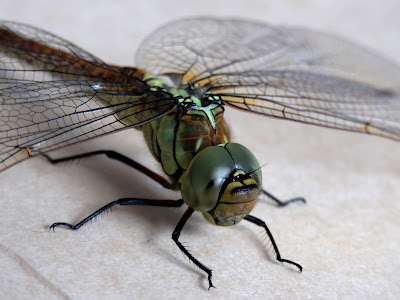 Five Yellow Wagtails which flew south this morning and up to three Mediterranean Gulls at the Patch were the highlights of a quiet day.

Two Common Pipistrelle bats were feeding around the Observatory this evening.

The moth traps were quite busy again this morning with the pyralid Acrobasis repandana and seven Sussex Emeralds being the best on offer.

A combination of listening after midnight followed by the deployment of the Audiomoth recorder produced a Redshank, five series of Common Sandpipers calls, Curlew, Bar-tailed Godwit and Sandwich Tern. Very little to be seen during the day except for a single Mediterranean Gull offshore this evening.

One of the Badgers came into the back garden just after midnight.

The moth traps were the busiest they have been this year and were full of Silver Y's along with a Dark Swordgrass, two Sussex Emeralds and a Langmaid's Yellow Underwing. The highlight though was a "micro" moth in the form of an Yponomeuta irrorella - only the second to be recorded at the Observatory.

The find of the day though was a nymph Large Conehead and thus confirming that the species is now breeding at Dungeness. 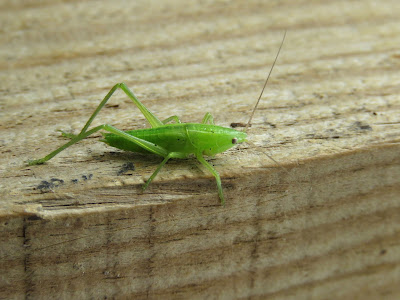 Rain for most of the day limited recording. A Whimbrel flew over during the morning but very little else was seen.

The moth trap produced only a small catch but it did include a Sussex Emerald and two Langmaid's Yellow Underwings.

Another miserable morning and very little to be seen.

Another foggy morning which turned to steady light rain into the afternoon and saw 145 Swifts and five Sand Martins heading out to sea. A short seawatch this evening provided a single Mediterranean Gull.

A Grey Seal was feeding offshore and two Badgers came into the Observatory garden a few minutes after midnight. 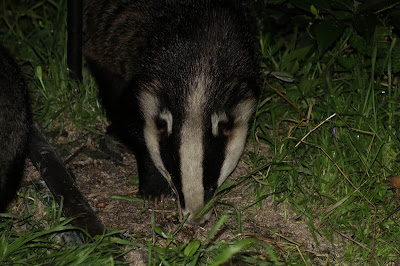 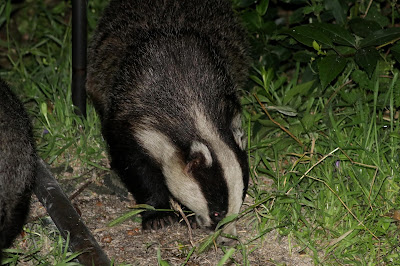 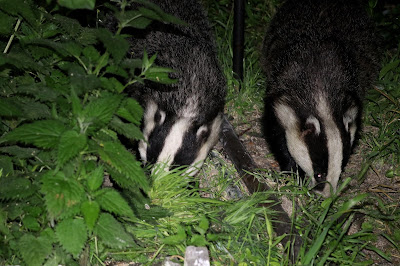 The moth trap showed a distinct improvement with four Sussex Emeralds being about the best on offer.

A few more signs of autumn migration getting underway with a juvenile Sedge Warbler in the Moat and a Yellow Wagtail flying over the Trapping Area. A half-hour seawatch this evening produced five Mediterranean Gulls heading west.

The moth traps were fairly uninspiring this morning but a play with pheromone lures in the Trapping Area produced Lunar Hornet Moth and Six-belted Clearwing. 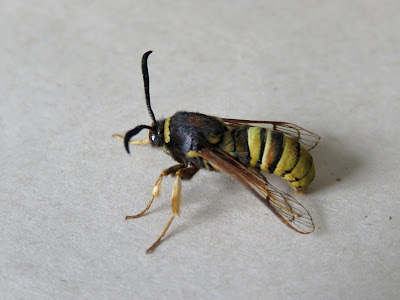 A 3.5hr seawatch this morning produced three Fulmars, 258 Gannets, a Curlew and five Mediterranean Gulls of note. There was to report from the land.

Our regular Badger came into the garden in the early hours and four Porpoises and two Grey Seals were feeding offshore.

A Thresher Shark was also seen breaching on two occasions.

An early search for some of our rarer crickets proved surprisingly productive with four early-stage instar Sickle-bearing Bush-crickets being found.

A Rest-harrow moth was found on the kitchen window before the moth traps were turned on.

Very quiet on both land and sea. Fifteen Mediterranean Gulls were the only notable birds.

A Badger was seen in the garden in the early hours again and three Porpoise and two Grey Seals were feeding offshore.

A search of the area in front of the Observatory produced this very smart micromoth moth resting on a Wild Carrot flowerhead. It is Nemophora cupriacella and is a new species for Dungeness and is also very rare in the county. 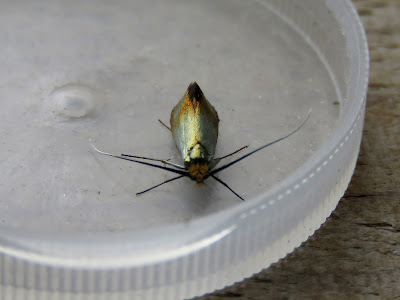 Several checks of the sea today showed a small passage of Mediterranean Gulls with 14 birds seen and the first juvenile Yellow-legged Gull arrived at the fishing boats.

Six Porpoises were present offshore and appeared to be showing mating behaviour. A Grey Seal was also seen. 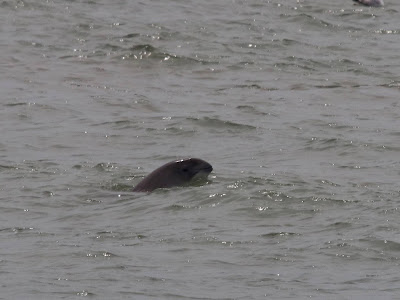 Another Langmaid's Yellow Underwing was the best of a fairly small moth catch overnight.

Nothing to report on the bird front.

One Badger visited the Observatory Garden just after midnight.

Moth trapping produced the highlights of a Sussex Emerald and a Langmaid's Yellow Underwing.

Another day dominated by the weather with thick fog for much of it resulting in fairly limited coverage.

The first Essex Skippers of the year were seen

Elsewhere, the Cattle Egret was seen on the RSPB Reserve again.

Very little to report on the bird front with just a Buzzard and a Yellow Wagtail of any interest.

Four Porpoises and several Grey Seals were feeding offshore and a Badger came into the garden this evening for its regular snack.

Butterflies included a Holly Blue, the first Marbled White of the year, 200 Small Skippers and 150 Small Heaths. Three Hummingbird Hawkmoths and four Rest Harrow moths were seen during the day.

The area of rough ground in front of the Observatory is looking spectacular at the moment. 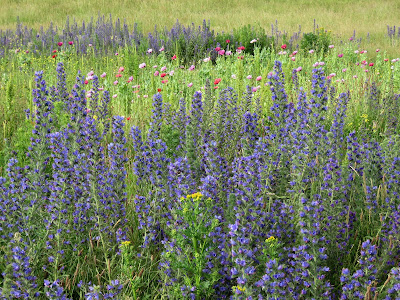 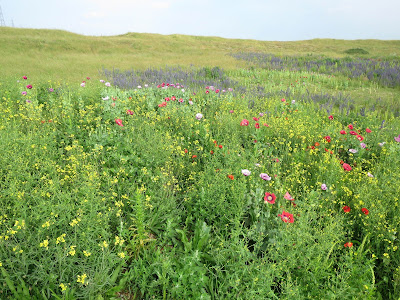 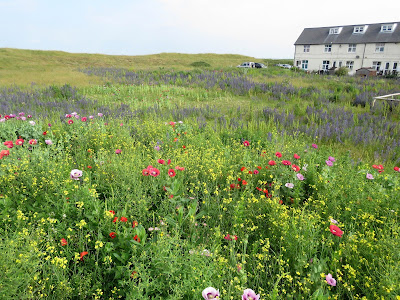 After the ground works two winters ago and a no-show last year it was feared that we might have lost our Pyramidal Orchids but fortunately 11 spikes were found this morning.

On the Reserve the Great White Egret population increased to ten birds and were joined by a Cattle Egret and the Glossy Ibis was still feeding at the western end of ARC.

Another day of heavy cloud and frequent rain. Not much to be seen other than two Mediterranean Gulls feeding offshore, an adult Yellow-legged Gull at the fishing boats and a Grey Heron heading out to sea. Black Redstarts continue to be seen/heard around the Power Station.

The Audiomoth nocmig recorder was deployed overnight and picked up singles of Little Ringed Plover, Curlew, Common Sandpiper and Green Sandpiper fly over.

The moth traps continue to produce only small numbers but last night's catch included a nice surprise in the form of a Clouded Buff - only the third to be caught at the Observatory.