There were a few more summer migrants in the area this morning although most were probably local breeding birds. Of note were a Buzzard, a Snipe, a party of four Water Pipits, at least nine Crossbills flew over and the first Reed Warblers singing in the reedbed. The obvious highlight of the day though was a Black Kite which was first seen at ARC and eventually appeared over the observatory. It even spent some time perched on overhead lines and on the ground. The sea was very quiet with the early watch producing just two Shovelers, two Red-breasted Mergansers,  four Mediterranean Gulls and 56 Sandwich Terns of interest. 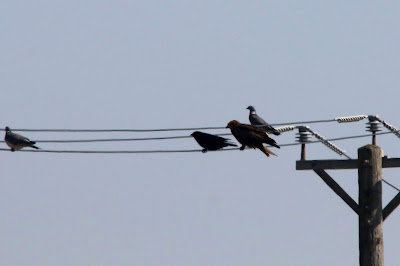 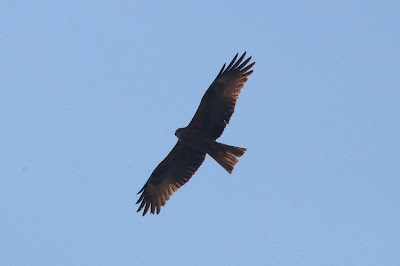 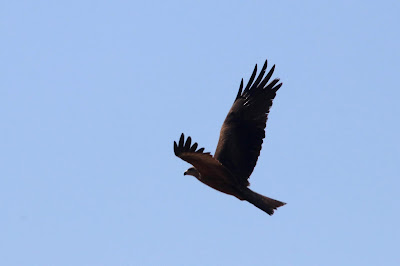 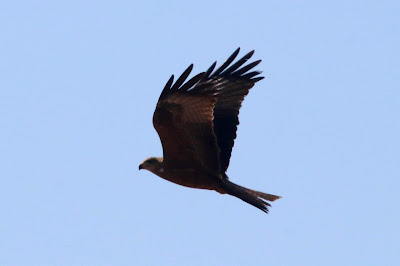 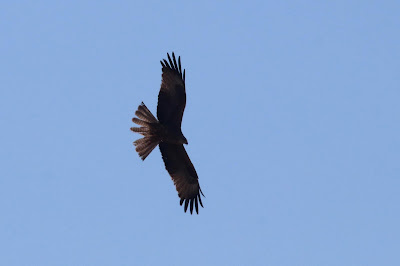 Insects continue to provide some good records with a Brimstone butterfly (always scarce in the area) and another female Nomada zonata bee. 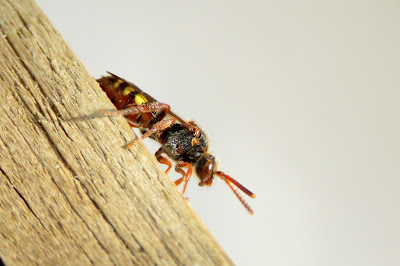 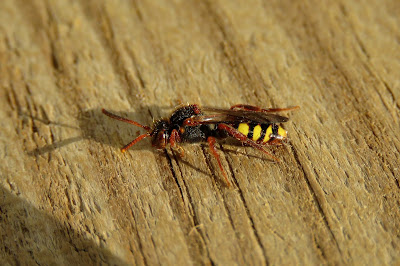