A calm, cold and cloudy morning saw an initial steady movement of Brent Geese, Common Scoters and Common Terns but from mid-morning until early afternoon the flood gates opened and resulted in an astounding movement of terns in particular. Seawatching for 10.25 hrs brought some incredible numbers with record day totals of 274 Little Terns, 23,272 Common Terns and 4840 Arctic Terns and also 84 Black Terns and an exceptional four Roseate Terns of note. Other notable totals included 1355 Brent Geese and 1248 Common Scoters along with a Velvet Scoter, four Red-breasted Mergansers, three Black-throated and a Great Northern Diver, a Shag, 19 Whimbrel, 25 Sanderling, seven Mediterranean Gulls, three Great Skuas and 11 Arctic Skuas. In addition, a Great White Egret, a Swift, two Sand Martins, four House Martins and 11 Swallows came in and the long-staying Iceland Gull was still feeding at the Patch.

It was very quiet on the land although coverage was limited by the attractions above but a Common Redpoll was seen in the Moat and a Corn Bunting flew over the Observatory. 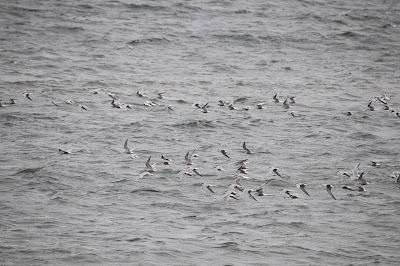 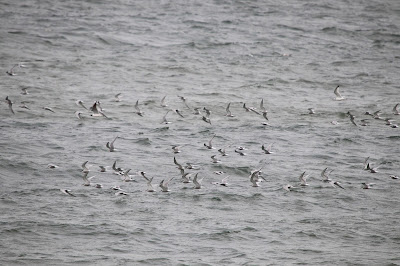 At least 20 Porpoises and a Grey Seal were also feeding offshore.

All the while we were seawatching there were also dramatic scenes on the beach with the arrival of around 60 illegals immigrants in two flimsy inflatables. It is quite an operation for the services when these unfortunate people arrive and todays visitors included several families with very young children. The local Coastguard Air and Sea Rescue helicopter was even deployed with one family being airlifted away and various medical units being used on the beach. Just after all the immigrants had being duly processed and the services stood down a third boat came in to view but this was intercepted by a Border Patrol boat and all the occupants were transferred at sea. 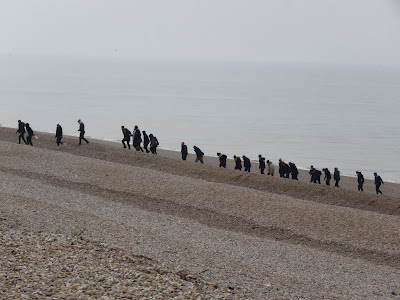 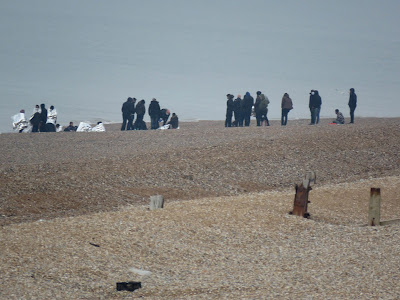 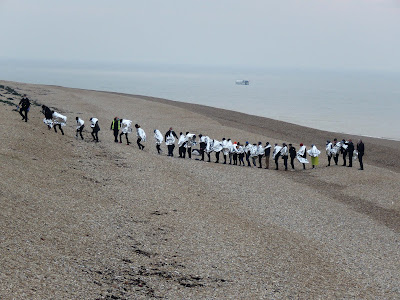 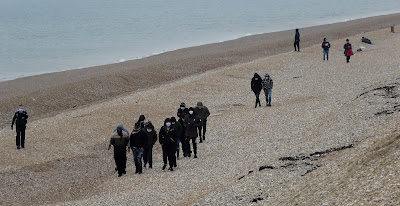 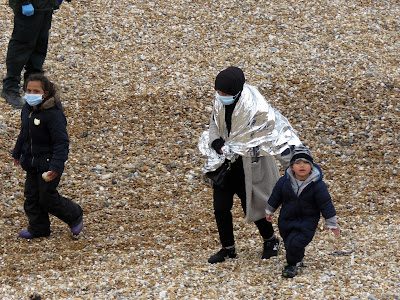 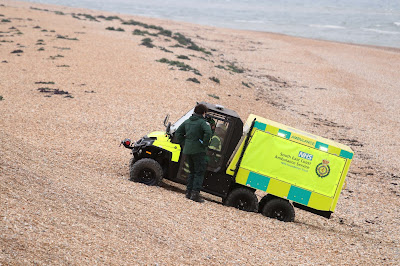 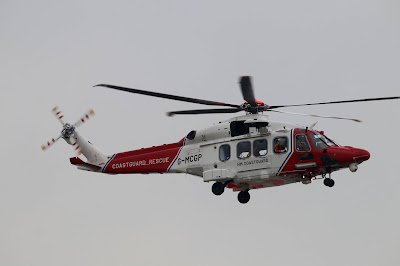 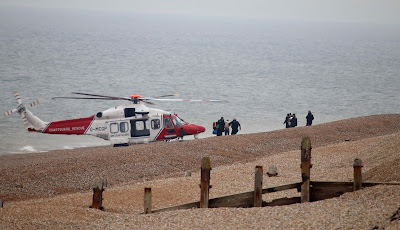 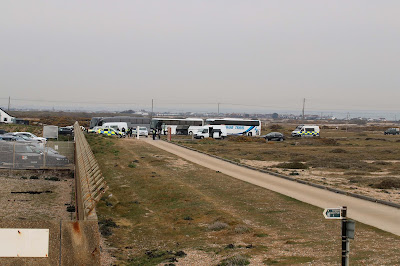