Seawatching was hampered this morning by thick fog for a time but once it cleared 486 Brent Geese, two Eiders, two Red-breasted Mergansers and a Red-necked Grebe of note.

A handful of migrants were grounded and included 25 Chiffchaff, five Goldcrests, a Black Redstart and a Wheatear.

One plant species was also added to the area list with the finding of a Hart's-tongue Fern in the trapping area. 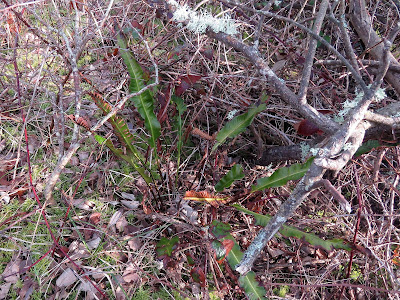