A murky and windy morning which got steadily worse and was virtually unbirdable by early afternoon. All the interest was at the Point where there was a sizable up-channel movement of birds in the first few hours with 2000 Brent Geese, five White-fronted Geese, six Shoveler, four Pintail, two Velvet Scoters, 98 Red-throated Divers and a Mediterranean Gull of interest. The gull roost held three first-winter Caspian Gulls and two Yellow-legged Gulls for a time. 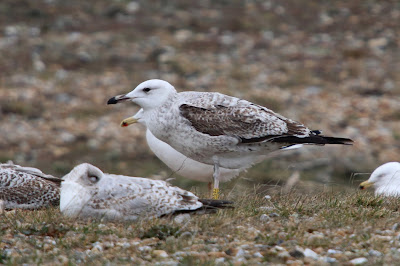 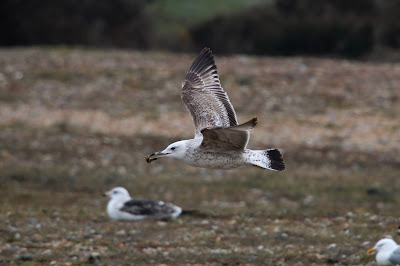