Very windy conditions again and seawatching more or less the only option but even here it was pretty slow going. The best from several hours of watching were 203 Brent Geese, two Red-breasted Mergansers, nine Fulmars, five Mediterranean Gulls, a Sandwich Tern and a Great Skua.

Some late news concerns a very distinctive second calendar year gull which was present at the Patch between Feb.15th and 25th. Unfortunately due to the obvious problems with covid-restrictions and more specifically that the Dungeness Estate was closed to the general public it was felt that it was impossible to report on the presence of this bird at the time.

Given a past history with these things (for those with a long memory I am referring to way back in 1992) I was initially wary of putting a name to this bird but the more the literature and internet was checked it became clear that this bird shows many, if not all, of the features required of a Thayer's Gull. It is clearly an Iceland Gull-type and could be a Kumlein's Gull but the extensively solidly dark tail and contrasting darker and unmarked centres to the tertials, the venetian-blind appearance of the outer wing with smoky brown outer webs and pale inner webs, pale fringes to the wing-tip and a slightly contrasting dark secondary bar all seem to indicate that this is a Thayer's Gull. Structurally it was slightly heavier in build than a typical Iceland Gull, the bill was quite stout and looked dark at any distance but was actually dark purple at the base and the legs were bubble-gum pink. 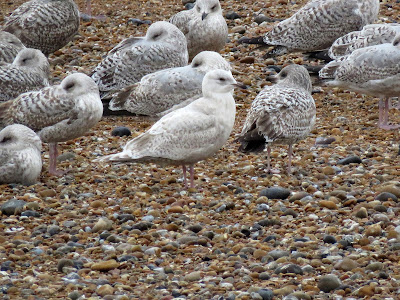 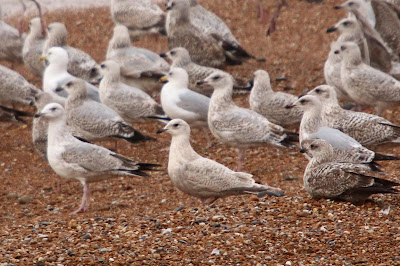 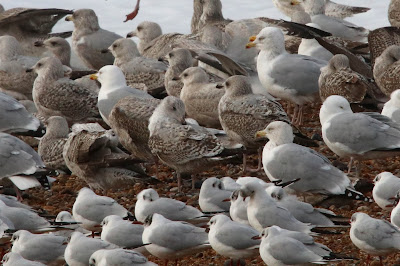 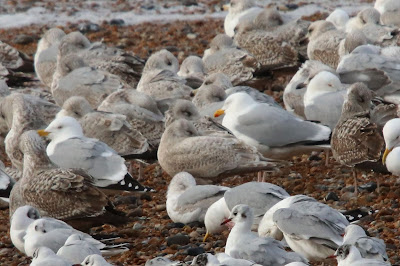 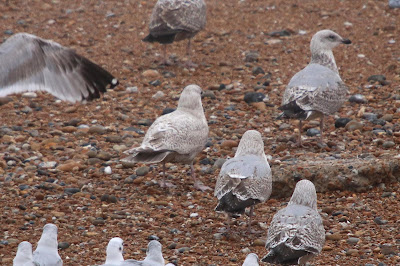 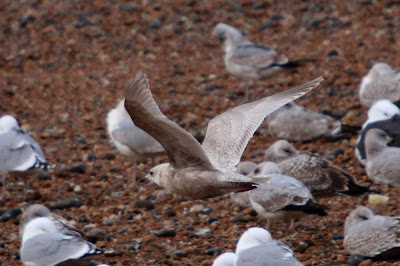 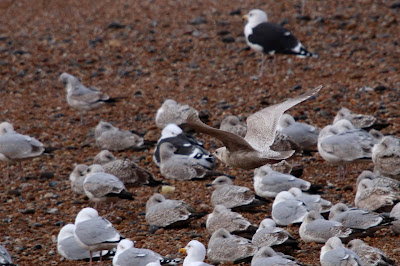 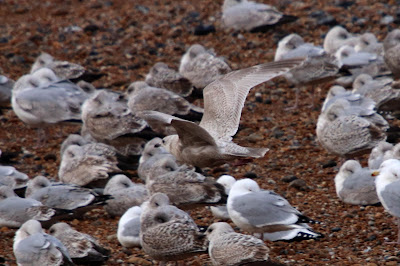 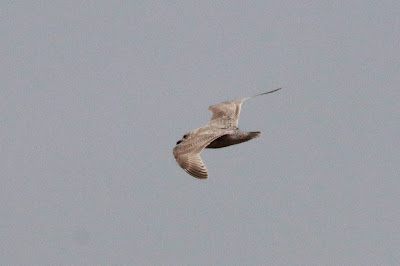 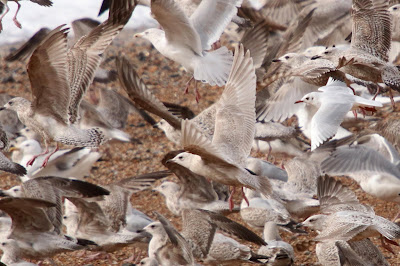 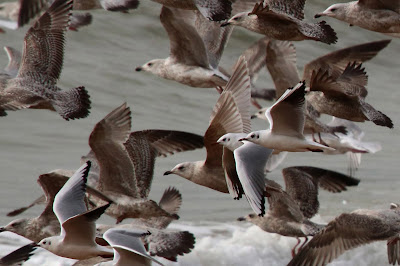 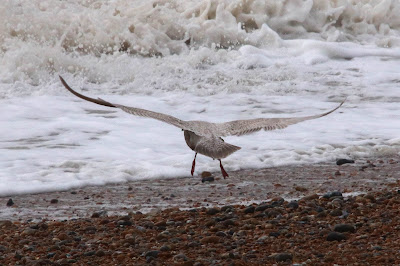 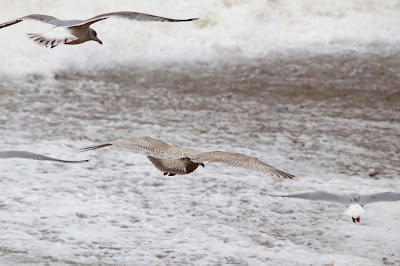 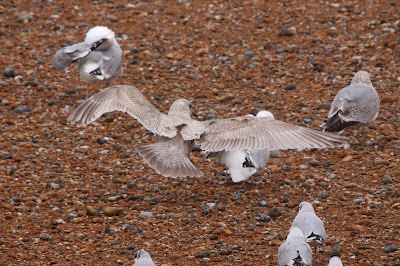 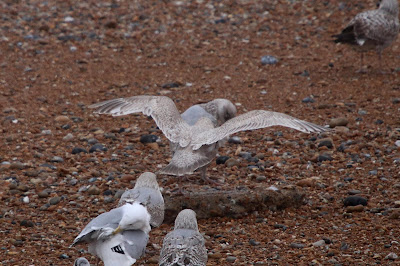