Most of the day was spent along the shoreline checking through the thousands of gulls. In the end this produced the Glaucous Gull again and four Caspian Gulls (one adult and three first-winters), along with a Yellow-legged Gull and two Mediterranean Gulls. Offshore movement was fairly limited again but 350 Brent Geese, a Canada Goose, the Eider again, a Black-throated Diver and nine Sandwich Terns. Three Merlins were also seen.

Four Porpoise and a Grey Seal were feeding offshore. 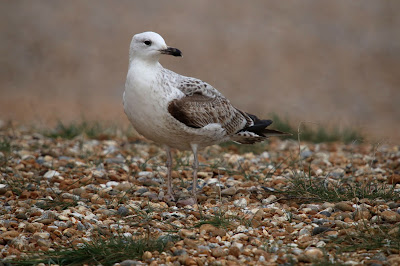 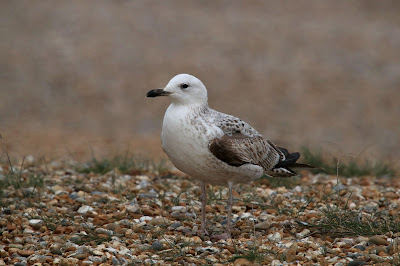