The strong winds continue and the rough sea is now washing up masses of clams, cockles and starfish and was attracting thousands of gulls to the feast. The obvious highlight was a beast of a second calendar year Glaucous Gull. A first-winter Caspian Gull and a Mediterranean Gull were also among the hoards. Offshore passage was poor with just a Pintail, an Eider, 24 Fulmars and 18 Knot of note. 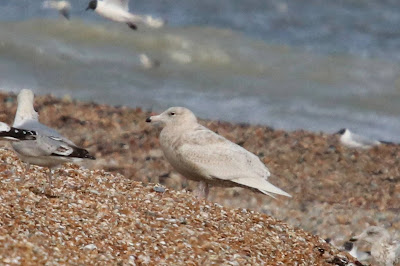 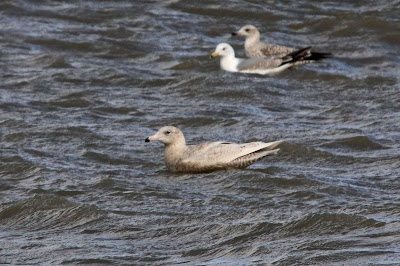 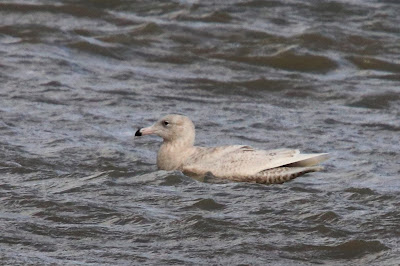 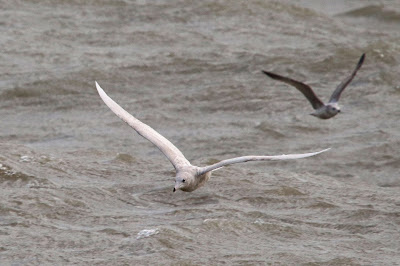 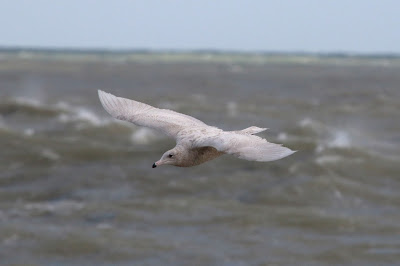 Although it certainly didn't feel like it a party of Ringed Plovers at the Point seemed to think it was spring and were displaying intensely. 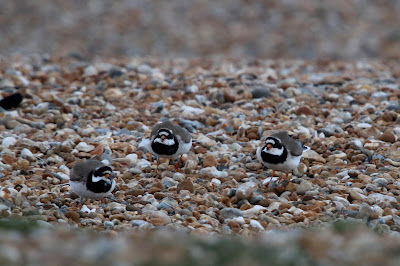 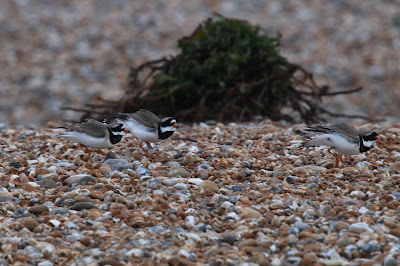 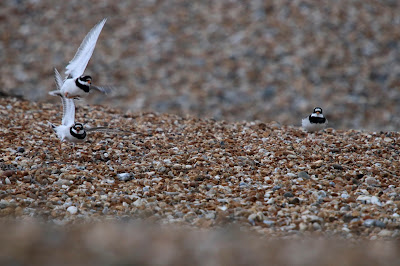 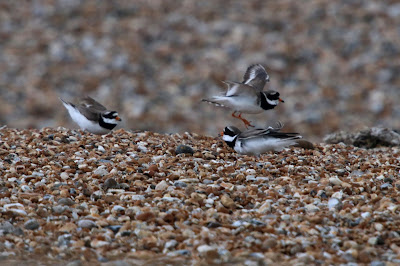 A Brown Hare leveret was also seen at the fishing boats.