It is beginning to feel like spring is effectively over. The only migrants of interest on the land were a Turtle Dove at the Long Pits and a Tree Pipit overhead. There was very little movement of birds offshore although a Shag flew east and three Mediterranean Gulls were feeding at the Patch.

Four Porpoises and a Grey Seal were seen offshore.

In the afternoon a quick off-site visit to Greatstone to look for shieldbugs produced the goods with the first area records of Rambur's Pied Shieldbug Tritomegas sexmaculatus. This species was first recorded in Britain and in Kent in only 2011 and is now found at several sites in the county but all are up north. 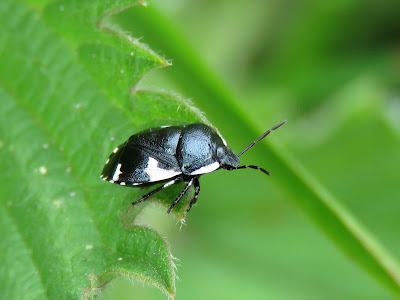 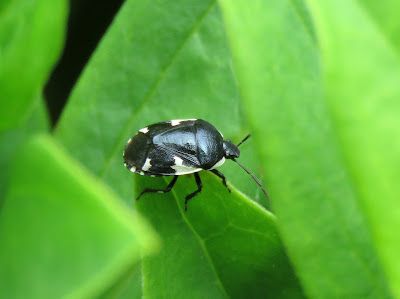