Very quiet for birds. An Arctic Skua flew east and the first-summer Iceland Gull was still at the Patch. Very little to be seen on the land.

At least eight Porpoises were feeding offshore and a Badger was seen in full daylight in the trapping area.

With very little activity on the bird front some time was spent searching out shield-bugs for the ongoing Kent Atlas of the group. This resulted in six species being found including Legnotus limbatus in the mothtrap, Sehirus luctuosus at the Observatory, several Eurydema oleraceous and two Coriomerus denticulatus amongst the Hoary Cress in the moat and a Ceraleptus lividus at the Long Pits. The Sehirus luctuosus might well be a new species for the area. 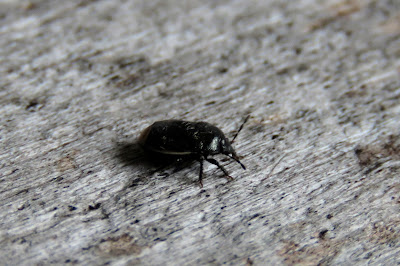 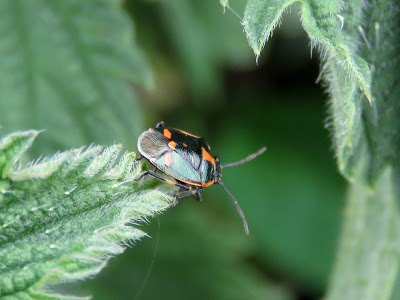 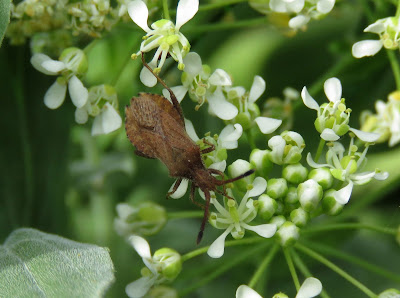 Moth trapping produced good numbers of moths of 53 species but only two Maiden's Blushes of any note. Painted Lady numbers increased with at least 20 being seen along with three Brown Argus. The only Spindle bush in the area is currently being ravaged by moth larvae, I think of the Spindle Ermine Yponomeuta cagnagella. Other traps around the area produced two examples of the rare migrant Flame Wainscot - the fourth and fifth Dungeness records.