A return to the windy conditions limited observations to the beach again where a three hour watch this morning saw an interesting movement of birds including an Eider, three Red-breasted Mergansers, 29 Red-throated Diver, another Great Northern Diver, 106 Gannets, three Great Skuas, 23 Little Gulls and 72 Razorbills whilst a Velvet Scoter and an Arctic Skua were lingering offshore. In the afternoon another Great Skua came onto the beach to partake of the offerings put out to attract the gulls. It was oiled and clearly not 100% but feeding well enough and able to keep Great Black-backed Gulls at bay so hopefully it will survive. A Pintail also flew west in the afternoon and the regular first-winter Caspian Gull was present throughout the day. 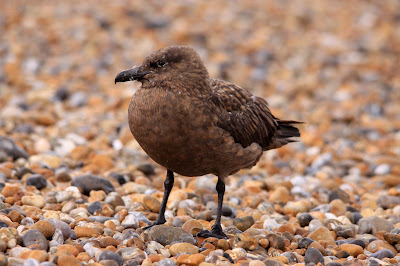 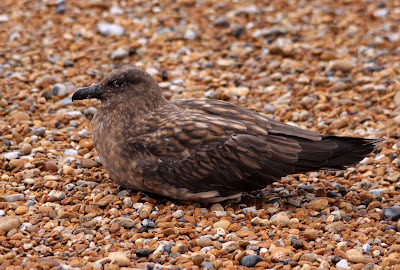 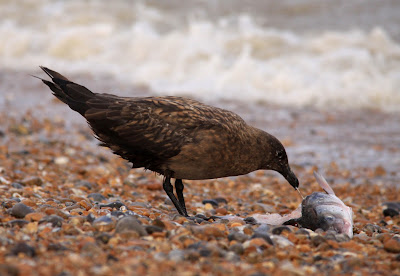 Elsewhere, at least one of the Penduline Tits was seen again from the viewing ramp at Hookers Pit on the RSPB Reserve.