Two Firecrests and a Chiffchaff were seen in the trapping area but it was really the gulls that stole the show today. Three adult Little Gulls were feeding at the Patch in the morning and the first-winter Caspian Gull was around the fishing boats or the "Fish Hut" all day. However, around mid-day a first-winter Glaucous Gull was found on the beach only to be joined by a second-winter bird later in the afternoon. Both were very approachable as the following series of photographs illustrates. 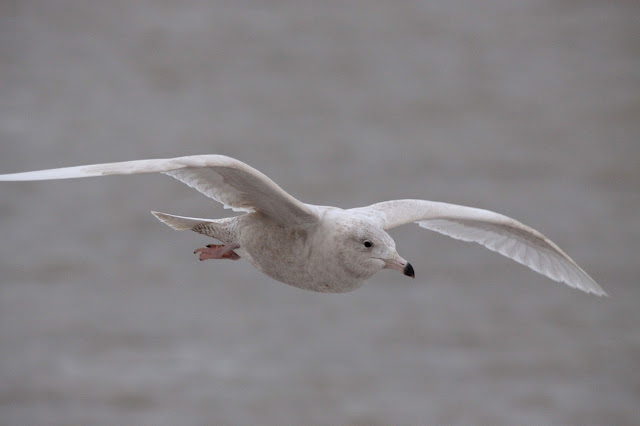 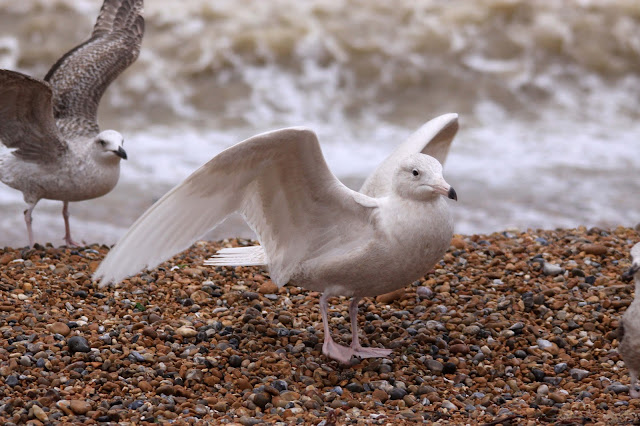 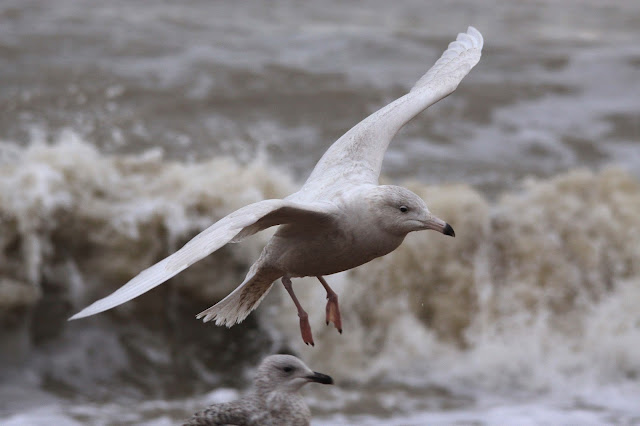 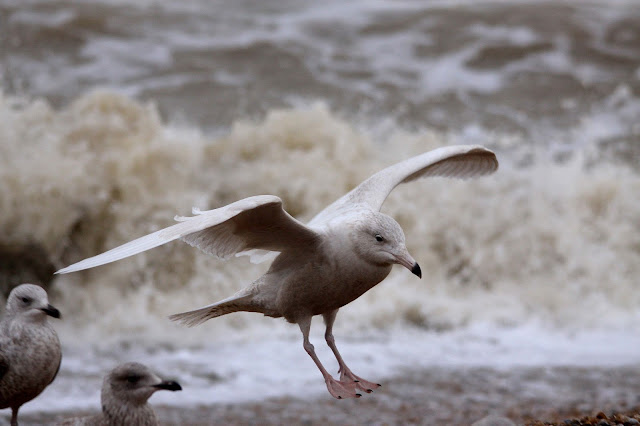 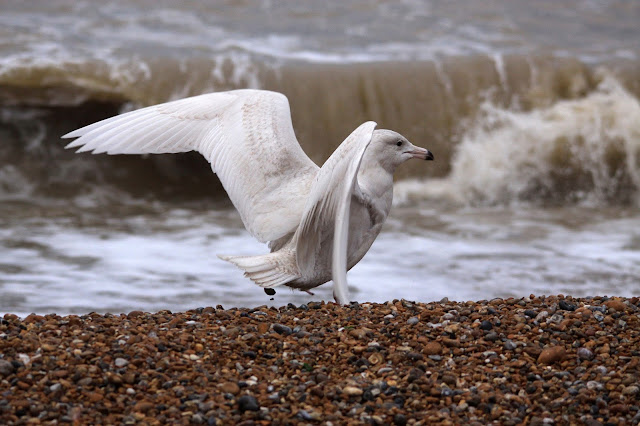 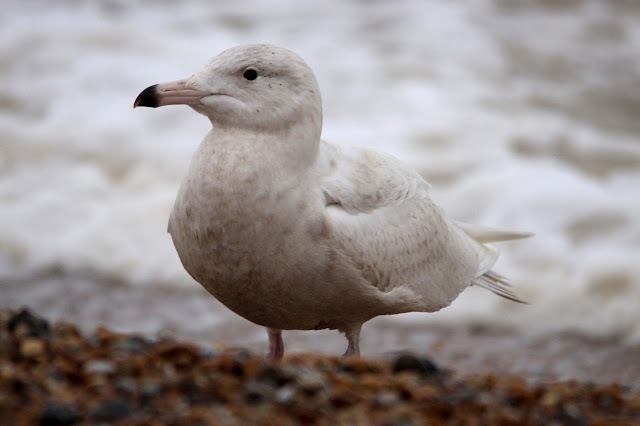 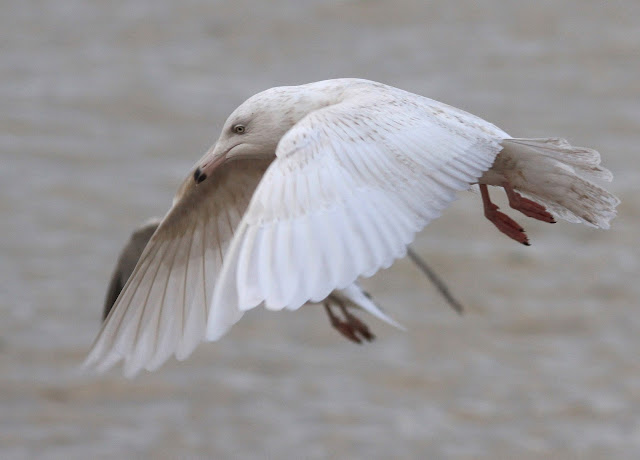 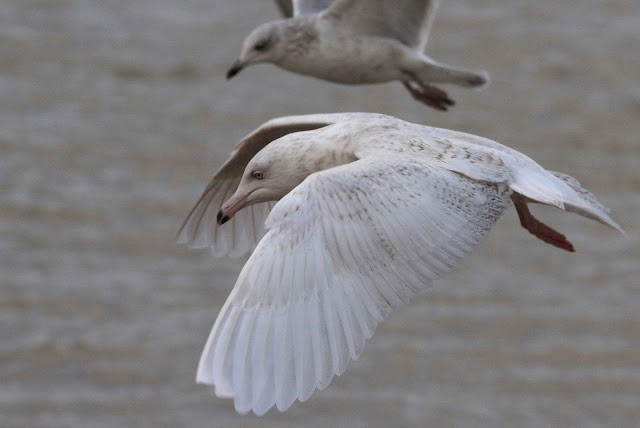 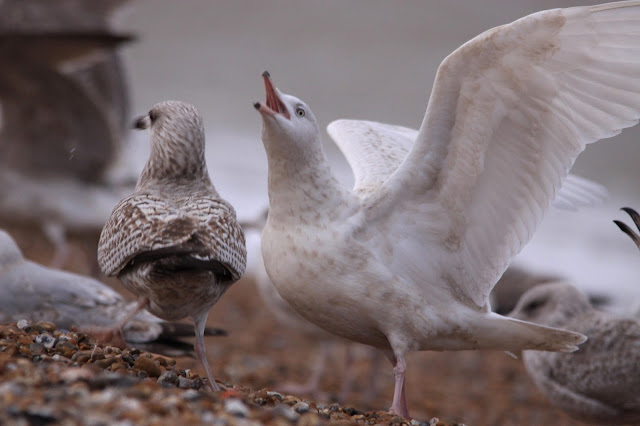 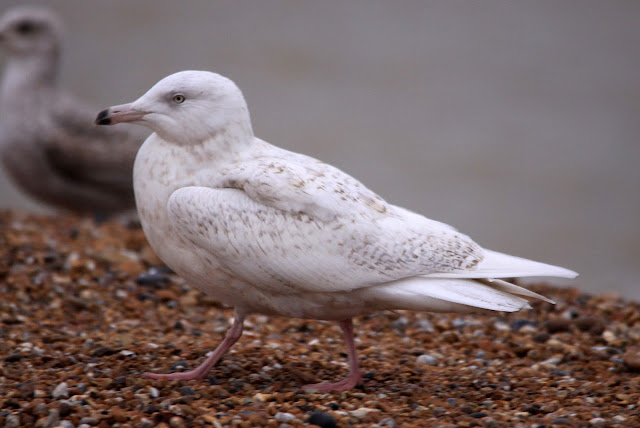 Elsewhere, the two Penduline Tits were seen again at Hookers on the RSPB Reserve but they remain very elusive.