Seawatching in strong south-south-easterly winds was not as good as hoped for but two hours during the morning still produced four Pintails, four Shovelers, an Eider, two Red-breasted Mergansers, five Great Skuas, a Mediterranean Gull and four Little Gulls.
The regular first-winter Caspian Gull was showing very well at the fishing boats along with an adult Yellow-legged Gull. 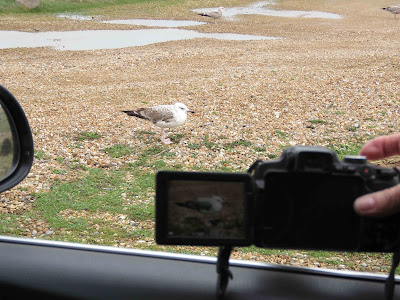 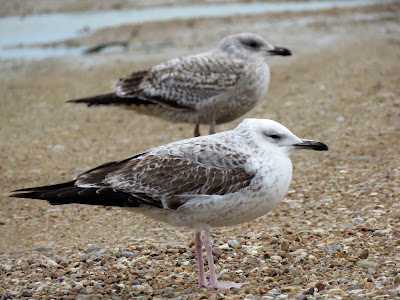 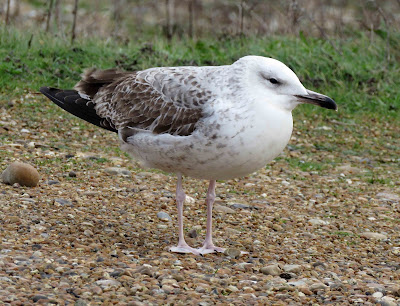