There were a few grounded Blackbirds and Redwings at dawn but after that it was mainly migrants passing overhead that provided the interest. Of note were 20 Stock Doves, 110 Wood Pigeons, four Swallows, three Jays, a Woodlark, two Bearded Tits, 4400 Starlings, five Rock Pipits, 80 Bramblings, 14 Redpolls, 35 Siskins and a Lapland Bunting. 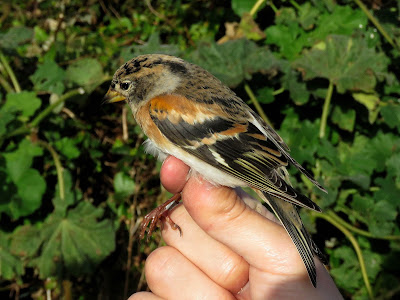 One Porpoise was feeding offshore.

A Vagrant Emperor Dragonfly was seen flying along the beach at the fishing boats and is only the second Observatory record.