It was the first calm morning for ages and it duly produced the goods with a superb (aren't they always) Pallas's Warbler and two Siberian Chiffchaffs, (one caught) in the trapping area. It was actually still fairly quiet in terms of numbers of migrants though with a trickle of finches overhead including 25 Bramblings, ten Redpolls and 40 Siskins along with a Woodcock and a Rock Pipit. Other grounded migrants were limited to a Woodlark, a few new Chiffchaffs, two Blackcaps, a few Blackbirds and four Black Redstarts. A two-hour seawatch this morning produced an excellent total of 110 Mediterranean Gulls and 273 auks but not much else. 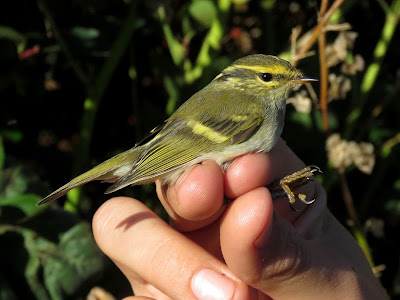 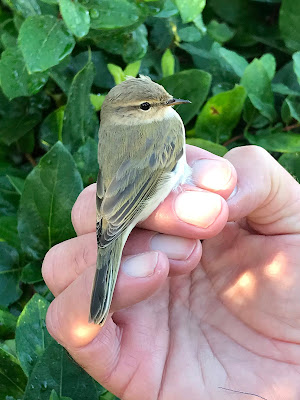 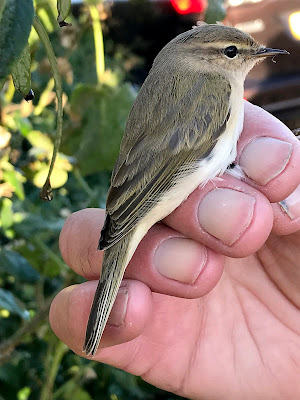