The lack of  migrants continues despite another decent feeling morning and seawatching was also hard work but a Sooty Shearwater was seen along with a few Arctic Skuas and 34 Kittiwakes. The few migrants on the land included a Buzzard, a Merlin, ten Willow Warblers, four Wheatears, 20 Tree Sparrows, 18 Yellow Wagtails, five Grey Wagtails and two Tree Pipits. However, a White Stork was seen flying over the RSPB Reserve in the late morning and was easily visible from the Moat. This was then eclipsed by a remarkable flock of 45 birds which circled over the peninsula in the late afternoon for about 40 minutes before heading away in a NE direction. It appears that these were birds from the introduction project at Knepp.

The fine and hot afternoon saw vast numbers of Small Coppers on the wing with at least 600 at the front of the Observatory alone and including an aberrant form believed to be fuscae. A Clouded Yellow, plenty of Small Heath and two Brown Argus were also seen. 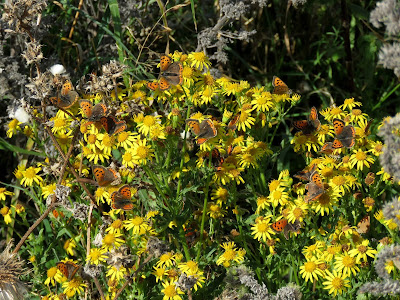 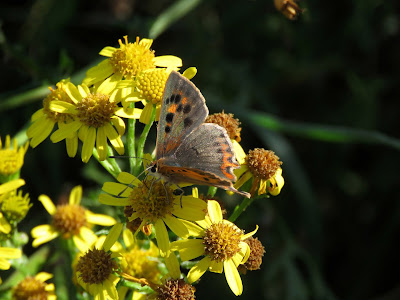 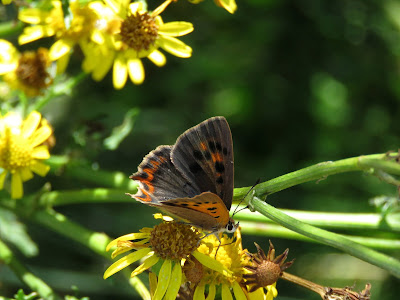 The moth traps produced a few goodies including a very worn Convolvulus Hawkmoth, a Cypress Pug, our third Hoary Footman of the autumn and a Delicate.
Another evening visit was made to look for Orthoptera, Despite the decent conditions there was very little singing but cold searching still produced three Large Coneheads including the first two females of the season and 19 Sickle-bearing Bush-crickets with 12 being found at new stations for this species. 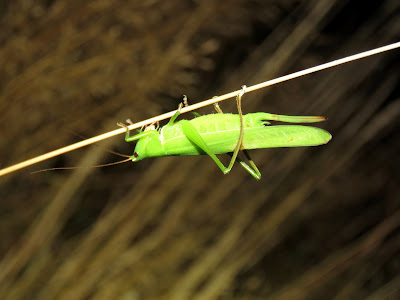