A sub-adult Purple Heron which spent about 30 minutes at the Long Pits this morning before flying towards the RSPB Reserve was today's clear highlight. There was very little else of note on the land and several seawatching sessions produced just one Great Skua, a distant Pomarine Skua in the evening and four Arctic Skuas. 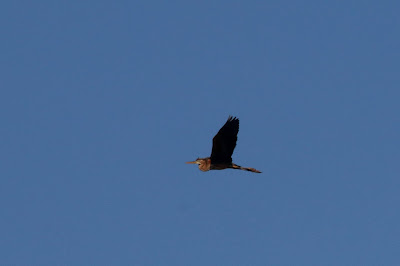 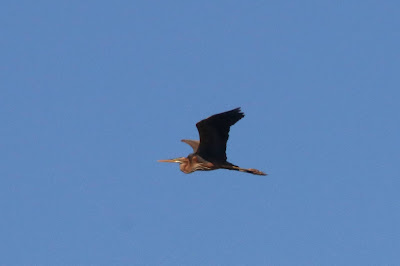 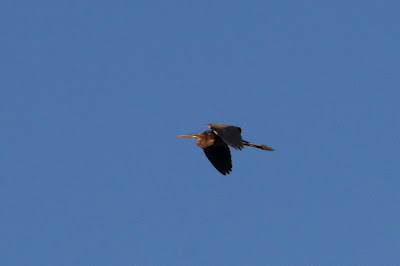 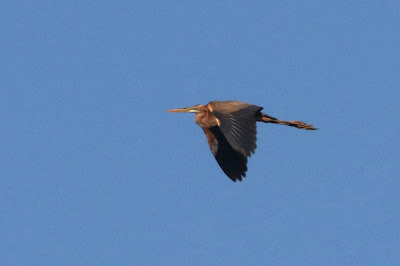 At least 12 Porpoises were feeding offshore and a dead Grey Seal was washed up on the beach. A Brown Hare was also seen.

Nine Grizzled Skippers were seen today but there were no surprises in the moth trap.