What started out as a seemingly quiet morning after a cold, clear night suddenly came to life when a Hume's Warbler was heard and fairly quickly seen at the northern end of the Trapping Area. It proved to be fairly vocal so was not to difficult to locate but was quite hard to get good views of as it flitted quickly through the Sallow bushes.

Remarkably as we were trying to locate the Hume's Warbler a Dusky Warbler was also found in one of the mistnets set just a few yards away. This was subsequently ringed at the Observatory and released in the Moat where it was seen later on several occasions. 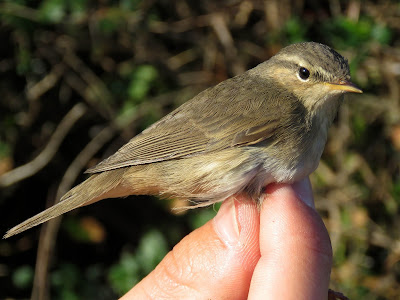 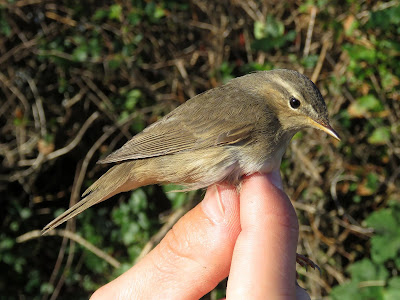 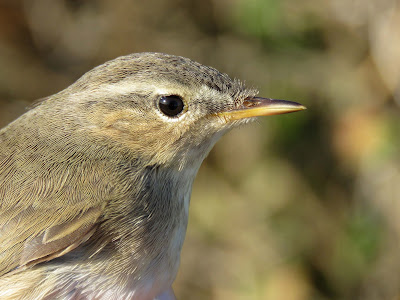 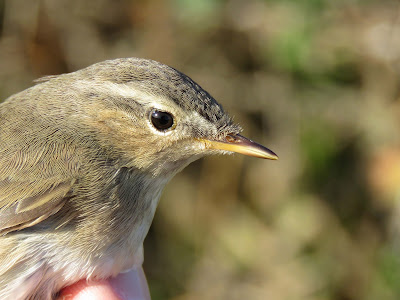