A bright and clear morning but still very windy. Seawatching was productive for oddities although overall numbers were generally low with the highlights of a Sooty Shearwater, three Purple Sandpipers, a Grey Phalarope, eight Mediterranean Gulls, 21 Sandwich Terns and a Pomarine Skua. Visible migration was also heavy during the morning with 24 Stock Doves, a Rock Pipit, 41 Chaffinches, 19 Redpolls and 28 Siskins and massive totals of 2155 Linnets and 6800 Goldfinches.

A Jack Snipe was found in the now flooded pools just to the north of the Trapping Area and possibly as many as five Merlins were hunting over the area and also offshore. 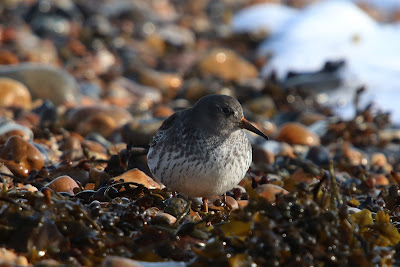 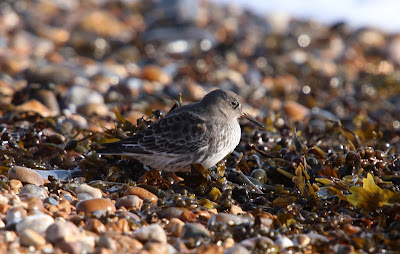 Elsewhere in the general area, a party of four Glossy Ibis were found around the Chicken Barns at Dengemarsh which appeared to be in addition to the two regular birds in the Cook's Pool?Boulderwall area. 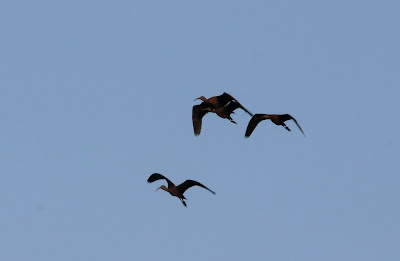