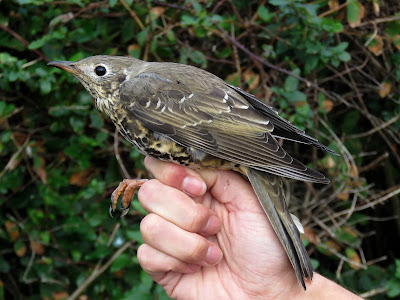 A Porpoise and a Brown Hare were seen.

At least 19 Mottled Shieldbugs were seen.