There was an obvious increase in grounded migrants with 60 Chiffchaffs, ten Blackcaps and a Wheatear of note. Birds passing overhead included 750 Swallows and 200 House Martins, eight Grey Wagtails, a Tree Pipit, two Rock Pipits, 60 Goldfinch and 15 Siskin. A Kingfisher was also seen at the Long Pits.

A female Large Conehead was found in the Trapping Area.

Some repairs to the MOTUS tower were carried out. Thanks to Ewan and Sue Parsons for doing the necessaries. 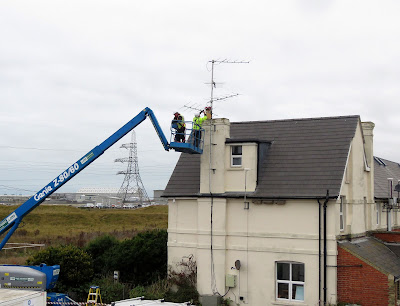 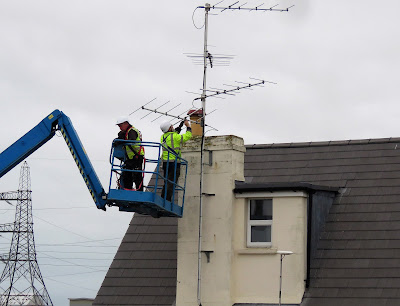 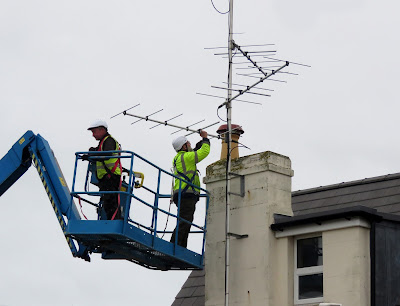 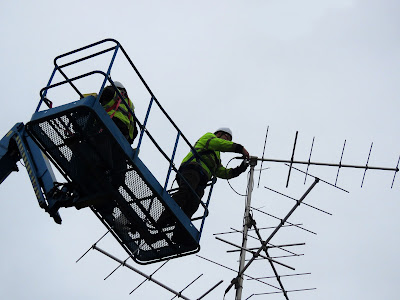 Elsewhere, two Glossy Ibis and nine Cattle Egrets were seen with the cattle in the fields alongside the entrance track to the RSPB Reserve.