A strong SW wind was blowing and with more heavy cloud the result was an increase in birds passing offshore with 145 Gannets, a Sanderling, a Snipe, 21 Kittiwakes, 81 Common Terns and the surprise of the day in the form of a Black Guillemot (the eighth Observatory record) which flew in and landed on the sea for a minute or so before it dived and was not relocated. The juvenile Caspian Gull and five juvenile Yellow-legged Gulls gave brilliant views at the fishing boats. 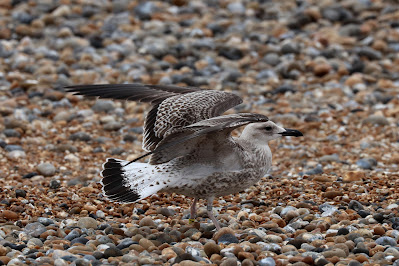 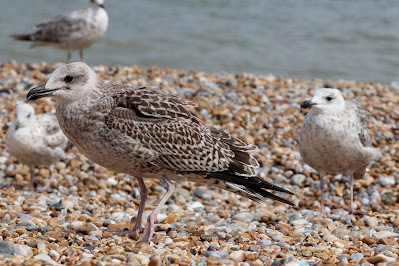 A Common Seal and two Porpoises were also feeding offshore.
A Jersey Tiger and seven Hummingbird Hawkmoths were seen during the day.
Another night-time check for orthoptera produced eight Large Coneheads and ten Sickle-bearing Bush-crickets and three Mediterranean Stick-insects were found in the Observatory garden.