No doubt about the bird of the day when a Red-breasted Flycatcher was found by David Bunney in his garden. It gave excellent views at times through the afternoon for the gathering of locals. This was a totally unexpected bird and over a month earlier than any other Kent record. Other migrants seen during the day included five Swallows, five Willow Warblers, five Whitethroats and a Ring Ouzel. A Buzzard and a Merlin were also seen. 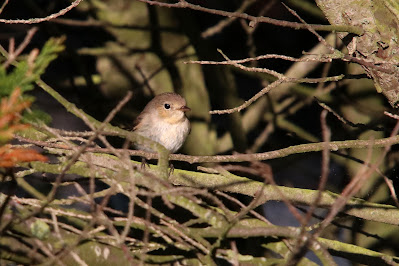 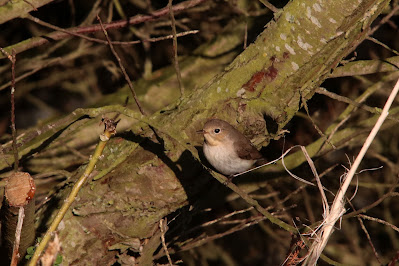 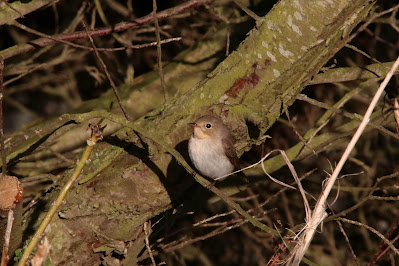 Although the sea was quiet for birds it provided the mammalian highlight of the day with a pod of at least five White-beaked Dolphins along with ten Porpoises and a Grey Seal. A Brown Hare also seen on the land.