A 2.25hr seawatch this morning produced 259 Gannets, 212 Kittiwakes and 229 Razorbills of note. Large numbers of gulls were feeding on the shellfish washing up on the beach and included a second-winter Iceland Gull and two Mediterranean Gulls. A Kingfisher and two Chiffchaffs were seen at the Long Pits. 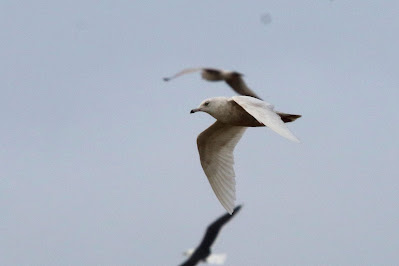 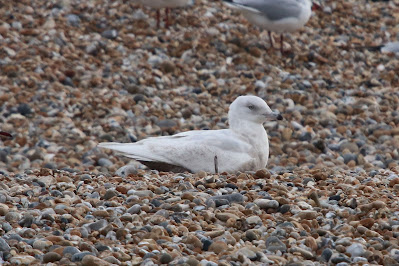