Another day of strong south-westerly winds and frequent rain made observations on the virtually pointless but provided some decent movement of birds offshore. The latter included a remarkable Sooty Shearwater which flew in from the east and then continued to spend the rest of the day feeding amongst the gulls and terns at the Patch. More conventional records from 10.5hrs of watching included 58 Common Scoters, a Manx Shearwater, three Balearic Shearwaters, 453 Gannets, 81 Kittiwakes, nine Mediterranean Gulls, 238 Sandwich Terns, a Little Tern, 509 Common Terns and three Arctic Skuas. A juvenile Yellow-legged Gull was also feeding at the Patch. 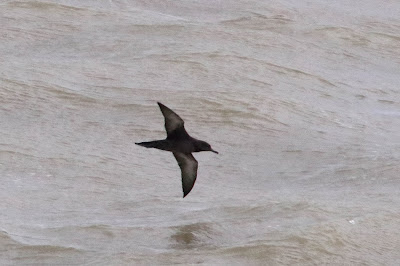 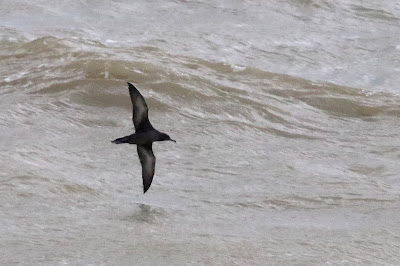 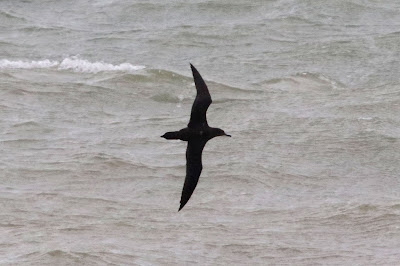 Four Porpoises and two Grey Seals were feeding offshore and a Badger visited the Observatory garden at both ends of the day.
at 23:13
Newer Post Older Post Home
Tweet to @DungenessBO