With the wind veering NE overnight and a bit of cloud first thing there was a decent arrival of migrants with 55 Willow Warblers, 75 Whitethroats, three Pied Flycatchers, a Spotted Flycatcher, three Whinchats, a Redstart, 15 Wheatears, 35 Yellow Wagtails and a Tree Pipit of note.

A Badger came into the garden in the early hours of the morning.

The moth trap wasn't too inspiring for moths but it was still well worth running as it did produce another male Southern Migrant Hawker. Later in the morning the Heligoland Trap came up trumps again with a female Lesser Emperor in the catching end. 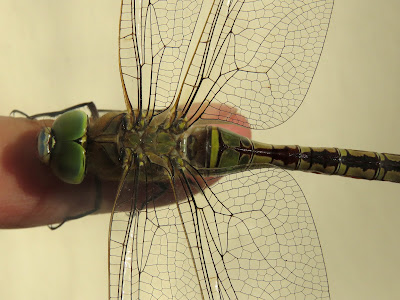 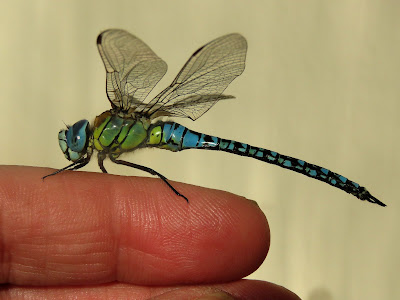 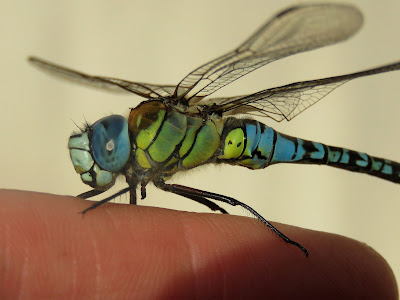