The highlight of a wintry day was a massive arrival of auks offshore along with large numbers of Gannets and gulls feeding close inshore. There were an estimated 30,000 auks present with about one in three being Razorbills. In addition there were at least four Caspian Gulls, two Yellow-legged Gulls and five Mediterranean Gulls and the regular second-year Iceland Gull. A Velvet Scoter flew west. 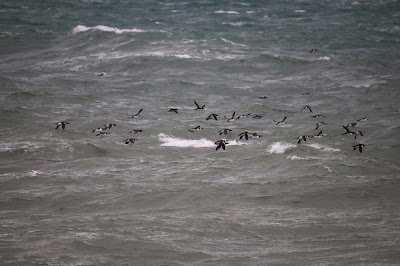 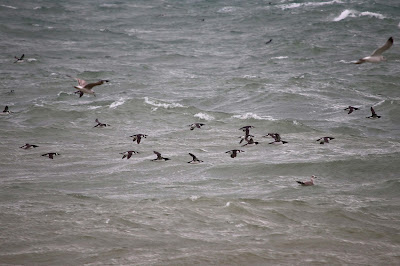 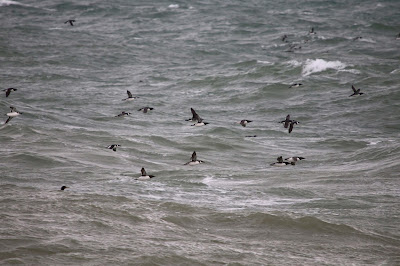 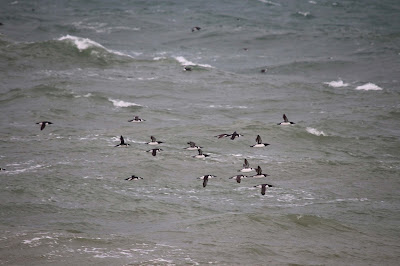 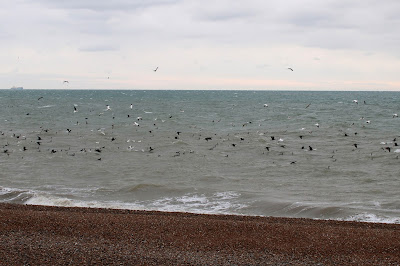 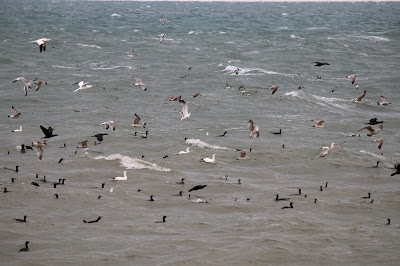 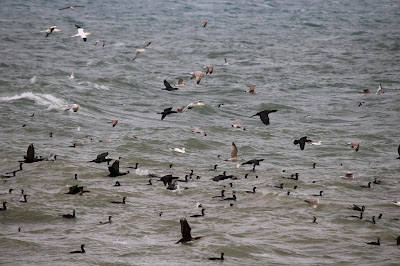