A nice day for a change. An early-morning seawatch produced 278 Red-throated Divers, 98 Gannets and four Mediterranean Gulls passing west and a visit to the Patch found the second-year Iceland Gull still present along with a first-winter Caspian Gull and two Mediterranean Gulls. The superb male Black Redstart and the Grey Wagtail were feeding around the Sewage Treatment unit were showing again. Firecrests were seen in the Observatory Garden and along with a Chiffchaff in the trapping area. A Buzzard was hunting over the area. 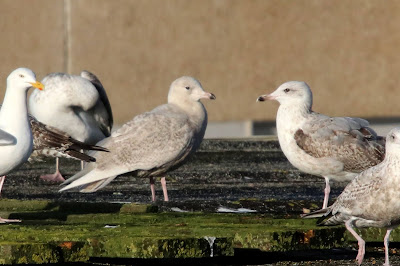 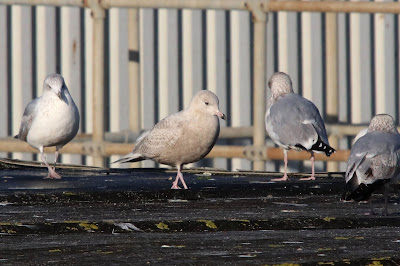 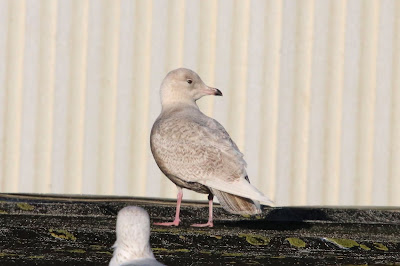 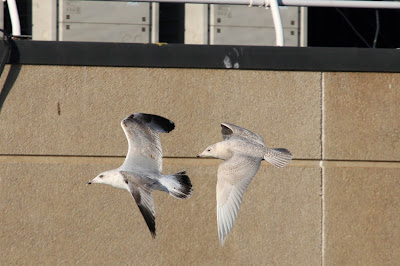 A Common Seal was also feeding at the Patch.