The strong NW wind finally dropped today and resulted in a decent number of migrants in the bushes and overhead. Of note among the ground migrants were 120 Chiffchaffs, 25 Blackcaps, a Grasshopper Warbler, three Ring Ouzels, nine Redwings, 15 Song Thrushes and a Redstart while overhead, 450 Swallows, three Grey Wagtails, 300 Meadow Pipits, a Tree Pipit, 28 Redpolls, six Crossbills, 450 Siskin and a Lapland Bunting passed through. Two Merlins were also seen and there seemed to be one or two new Kestrels in the area including this individual. 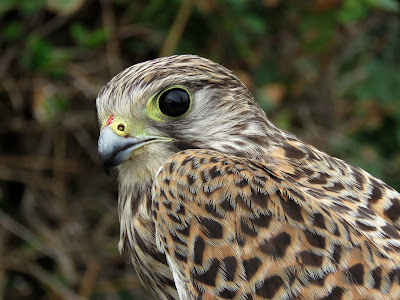 The sea was very quiet with just 23 Teal, two Eider, a Mediterranean Gull and five Arctic Skuas of note.
Insects have been hard to come by in the last few days but this afternoon's sun brought a few out and included at least 22 (four nymphs) Mottled Shieldbugs. This species was only added to the area list this spring but the presence of nymphs shows that they must now be a breeding species in the area. 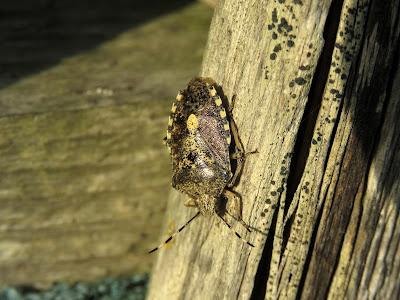 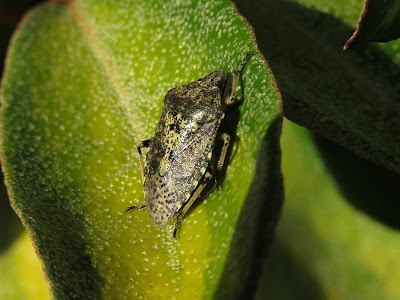 Three Porpoises and a Grey Seal were feeding offshore and three Brown Hare were seen on the land. A Harvest Mouse nest was also found.