A Wood Lark and six Chiffchaffs were noteworthy on the land along with two Long-tailed Tits in the trapping area.
Gulls remain the main interest offshore with at least 10000 birds feeding along the surf line. The juvenile Iceland and a juvenile Glaucous Gull were notable as well as eight Mediterranean Gulls, seven Caspian Gulls (all first-winters) and an adult Yellow-legged Gull. 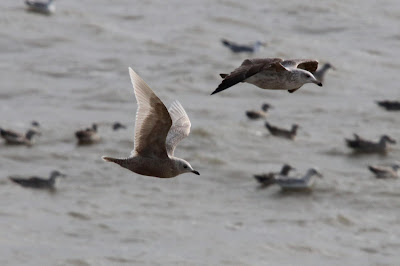