Another day with very few birds on the land or at sea but with some surprises. The most unlikely bird of the day was a stunning male Brambling caught in the trapping area whilst other bits included four Grey Herons, a Buzzard, a Spotted Flycatcher, two Yellow Wagtails and a Siskin. Mediterranean Gulls were also seen at the Patch and flying over the Long Pits. 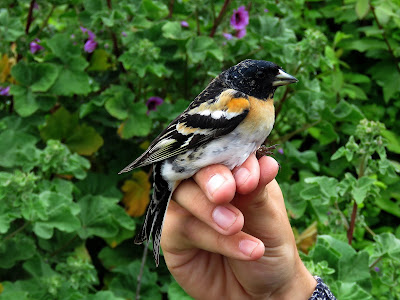 A Grey Seal was feeding offshore and two Brown Hares were seen in the Desert..

A couple of plants of the nationally scarce Crimson Clover were found growing in the rough ground in front of the Observatory and is a new species for the area.
Elsewhere in the area the clear highlight was an adult Whiskered Tern which spent most of the day flying around Burrowes Pit on the RSPB Reserve and the eighth Dungeness record. This was then joined later in the day by a Roseate Tern. At times it was possible to photograph both birds in the same view. 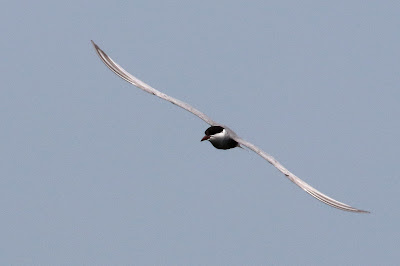 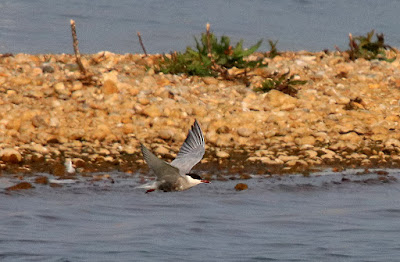 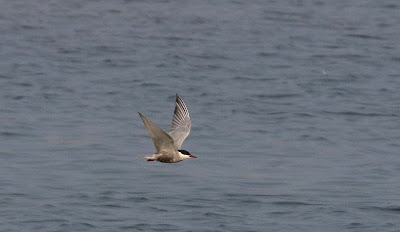 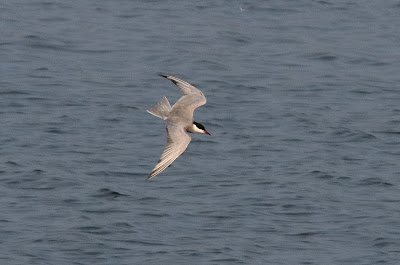 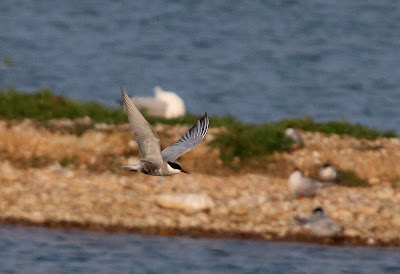 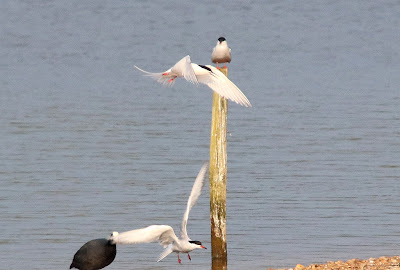 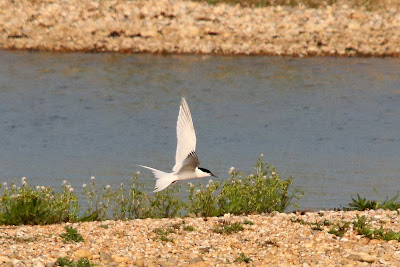 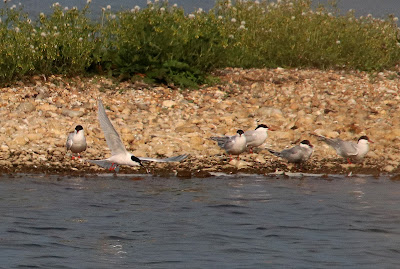