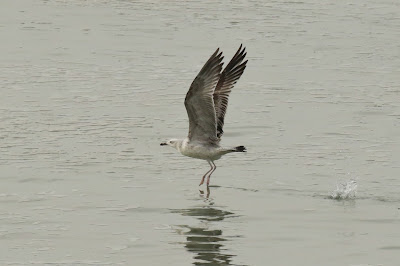 Five Porpoise were feeding offshore and a Stoat was in the Moat! Butterflies put in a good showing in sheltered spots with ten Small Tortoiseshell and an early Small White.