There was a significant westerly movement of Mediterranean Gulls with at least 157 birds passing through. Thirty-five Sand Martins also flew around the Point and a Little Ringed Plover called over the Observatory after dark. It was also nice to see a juvenile Sandwich Tern feeding along the shoreline given the problems that terns are suffering due to Avian Flu. 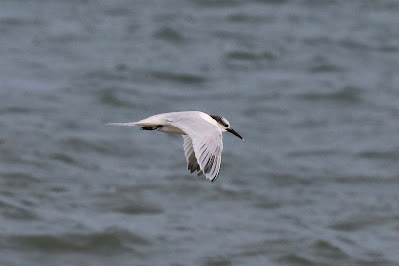 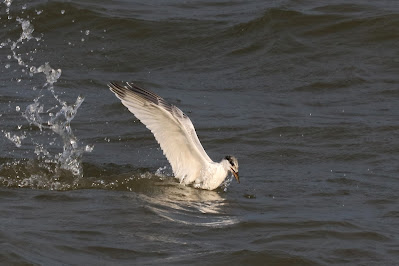 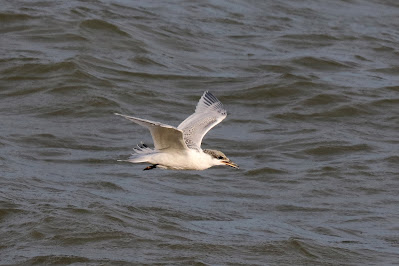 A Porpoise was feeding offshore..

Moth trapping produced a Buff Arches, a Bordered Straw, two Saltern Ears and a Delicate. A Bloxworth Snout was flying around the Common Room in the Observatory this evening but steadfastly refused to be caught or photographed.

Elsewhere, a Red-crested Pochard was seen on the ARC Pit along with three Glossy Ibis and three Cattle Egrets of note.