A day of mostly light winds but with heavy rain for much of the morning. As now expected migrants were few and far between with just a Hobby and a Ring Ouzel in the Desert of note.

Although moth numbers in the traps were fairly low they did include a Flame Wainscot which was a new species for the Observatory traps and a Bordered Straw was also of note. 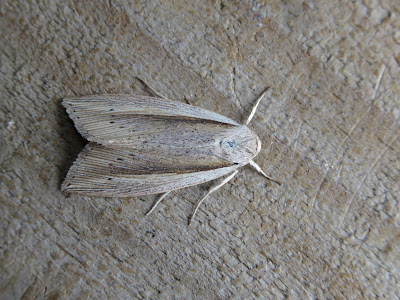 Elsewhere, the Ring-necked Duck was still showing well on the ARC Pit again.