After a couple of near misses a Rose-coloured Starling finally made it into the Observatory Recording Area. It spent most of the day around the gardens at the top of the estate and gave superb views as it fed at some garden feeders. It was even heard singing on several occasions. At least one, but probably two, Red Kites flew over the area but other migrants remain scarce with just 15 Swifts and two House Martins of note overhead and 11 Mediterranean Gulls east offshore.

A Brown Hare was seen close to the Observatory. 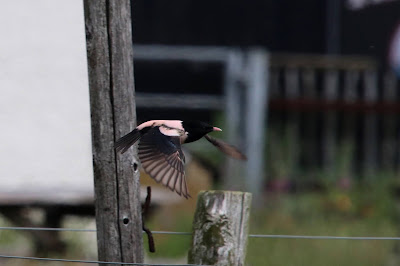 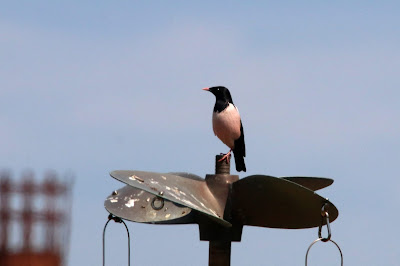 It was also a productive day elsewhere around the area with Bee-eaters heard or seen at Dengmarsh and at Belgar Farm just north of Lydd, the second-year Iceland Gull on Burrowes Pit and a Hooded Crow on the beach at Greatstone.