Migration seems to be almost at a standstill now so a Turtle Dove which landed in the Lighthouse Gorse and then flew into the Trapping Area was a nice surprise. The second-year Iceland Gull was back on the beach again.

Two Porpoises were feeding offshore and the evenings entertainment was provided by another visit by the Badger. A Common Pipistrelle was also heard on the Bat Detector. 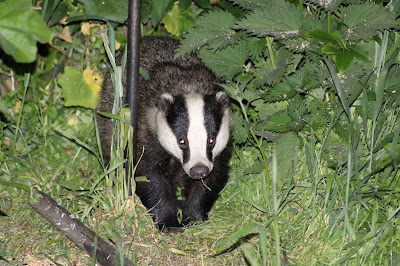