The winter weather continues and in fact more snow fell and settled today than on any other day in this spell of severe weather.
It was very quite on the land but the Patch was very busy thousands of gulls present including the regular Glaucous Gull, four Mediterranean Gulls and an adult Yellow-legged Gull. A flock of 11 Pintail and three Wigeon flew east as well as a Grey Plover and 15 Bar-tailed Godwit.
In the afternoon a freshly dead (still warm) second-winter Common Gull was found at the Long Pits. A check of primary and tail patterns appear to suggest that it is of the race heinei. Note in particular the presence of a black spot on Primary 3 and a complete band across the tip of Primary 4. Unfortunately whilst the measurements, especially winglength, fit heinei better they seem to fall in the broad overlap zone and the head looks a bit too extensively marked but again not impossible for heinei. 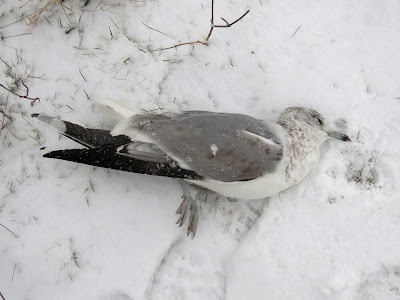 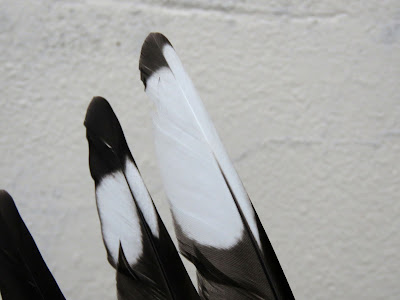