There was an early morning rush of finches passing over head and at least five Firecrests in the bushes but it was otherwise very quiet. Birds passing overhead included four Bramblings, 1000 Goldfinches and ten Siskins.

Elsewhere, the Cattle Egret re-appeared amongst cattle in the fields along the entrance track and a Purple Sandpiper was seen on the sluice outfall at Dengemarsh Gully. 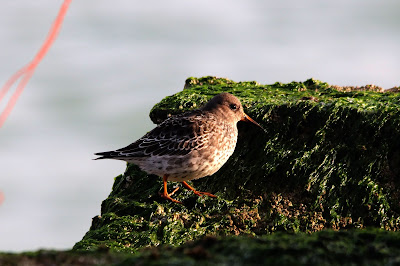 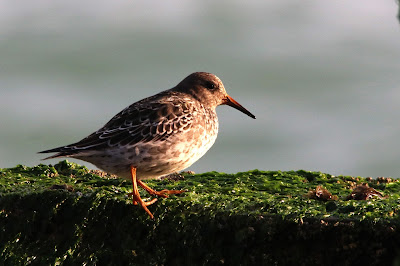