After a foggy start the day soon became hot and sunny. Very little was seen on the land with best being a Spotted Flycatcher and four Whinchats and the first Goldcrest and two migrant Chiffchaffs of the autumn. It was also fairly quiet overhead with two Little Egrets and a trickle of Yellow Wagtails and Swallows passing through until early afternoon when a flock of two Honey Buzzards and 12 Common Buzzards flew over.
The only sign of any movement offshore was a flock of five Black Terns in the evening.

A Brown Hare was seen in the Desert.

The moth traps were very productive again with a Convolvulus Hawkmoth, a Delicate and a Small Mottled Willow of note. Seven Hummingbird Hawkmoths were seen during the day and a Clouded Yellow butterfly was also noted. 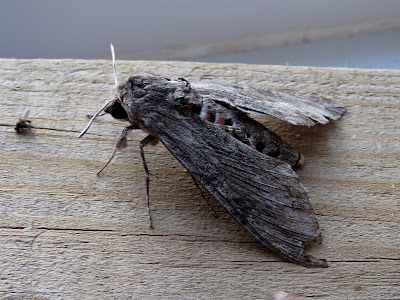 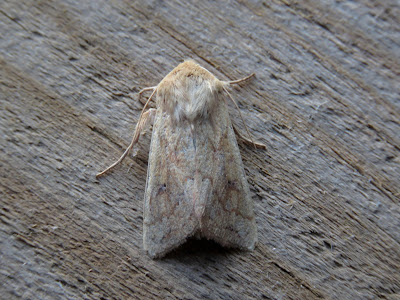 Elsewhere, a Pectoral Sandpiper was found at ARC this afternoon.