The wind stayed in the south for most of the day and produced an excellent movement of birds offshore with coverage from dark till almost dark. Notable totals included 1267 Common Scoters, 614 Bar-tailed Godwits, 48 Whimbrels, an excellent 84 Great Skuas, 25 Arctic Skuas and a near record day count of 9416 Common/Arctic Terns. Less usual bits and pieces included seven Velvet Scoters, four Black-throated Divers, a Shag, a Little Egret, 25 Grey Plovers, nine Knot, a Common Sandpiper, a Greenshank and nine Mediterranean Gulls. Perhaps surprisingly given the overall numbers of terns passing there were only 15 Little Terns and three Black Terns seen and only 13 Little Gulls.

It was a bit disappointing on the land but a Spotted Flycatcher at the Long Pits was new for the year and two Buzzards also flew over and even spent some displaying over the area.

The warm weather brought out a few butterflies with at least six Grizzled Skippers being found. It was also the first decent day for dragonflies with the first Blue-tailed and Red-eyed Damselflies being seen at the Long Pits for the first time this year. 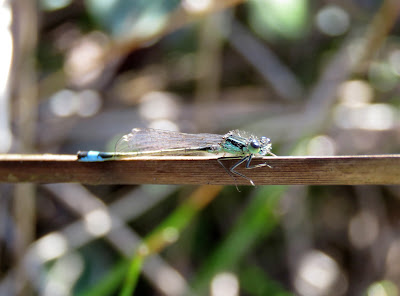 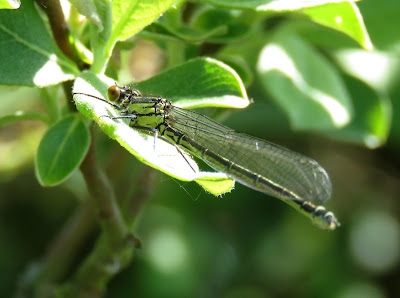 Offshore, six Porpoises and a Grey Seal were feeding whilst a Weasel was watched at the Long Pits where in the space of 20 minutes or so it manged to catch and presumably eat three Common Lizards. 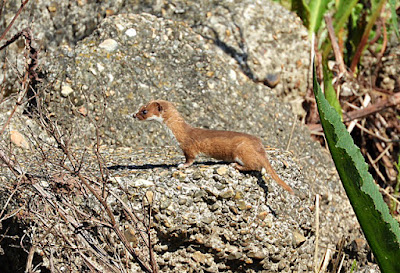