Six Porpoises (including a young one) were feeding offshore.

On the insect front, a female Southern Oak Bush-cricket was found just after midnight on the kitchen window and a nymph Green Shieldbug was found in the trapping area. Four Small Red-eyed Damselflies were also seen on the southern Long Pit. Butterflies continue to be seen in large numbers and included several Brown Argus and Painted Ladies. 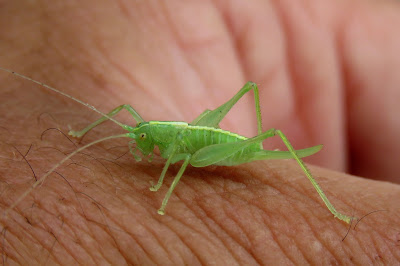