Not a great deal to report on the bird front with just a Buzzard over the area and two migrant Reed Warblers of note. Three Mediterranean Gulls and "that" white-winged gull were feeding at the Patch in the afternoon.

The invasion of Diamond-back Moths continues to dominate the lepidoptera scene with one sample transect count of about 10,000 between the red and white gate and the Patch this evening. There were plenty to be seen almost wherever they were looked for and there must be into the millions in the Observatory recording area as a whole. A dozen or so Painted Ladies were also seen along with a couple of Brown Argus and lots of Small Heaths and Small Coppers.

The flowers across the peninsula are just about coming to their best. A couple of nice finds today included Grass Vetchling and some interesting broomrapes. Below is an image of a typical Common Broomrape Orobanche minor followed by two images of another individual which whilst looking quite different seems to be "just" a Common Broomrape. 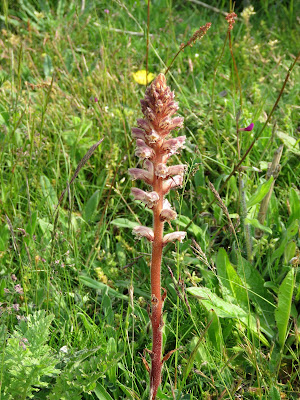 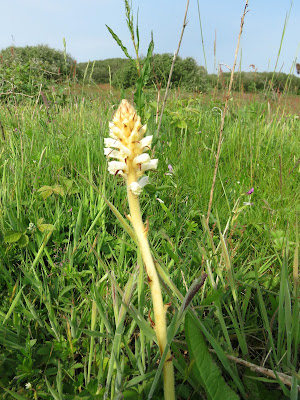