Enormous numbers of birds offshore again with birds feeding in Lade Bay and at the Patch. Auks dominated the numbers with around 20,000 birds (a roughly 50/50 split between Razorbills and Guillemots), around 6,000 Cormorants along with two Gadwall, 190 Red-throated Divers and 99 Mediterranean Gulls all moving east and two Great Skuas moving west. The Patch was also busy with a first-winter Iceland Gull and two first-winter Caspian Gulls of note. A Merlin was also seen at the Point. 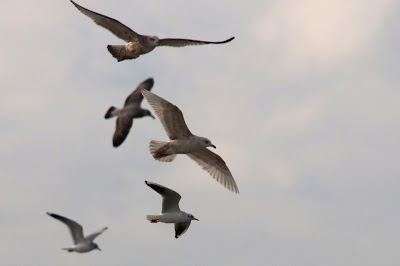 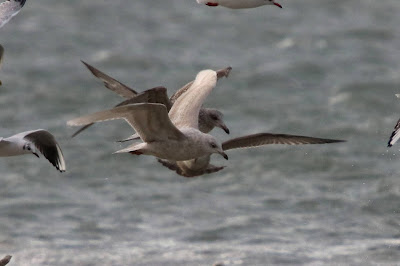 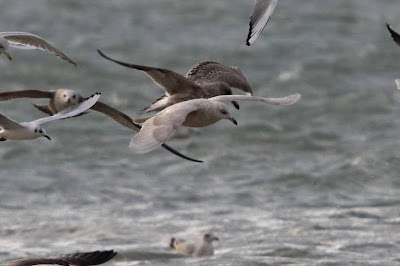 A Common Seal and a Grey Seal were also feeding offshore.