The day started with a cold southerly wind with rain setting in from mid-morning. There was little coverage of the land but some decent passage occurred offshore and large gulls provided plenty of interest.
Of note on the mornings seawatch were 41 Shelducks, a party of Tufted Ducks (always scarce offshore), 12 Red-breasted Mergansers, a close-in Great Northern Diver, a Great Skua, around 35 Mediterranean Gulls, seven Little Gulls and a first-winter Iceland Gull whilst at least five Caspian Gulls were seen on the beach during the day.

Elsewhere, the drake Ring-necked Duck has relocated to Burrowes Pit on the RSPB Reserve and the Cattle Egret was still with the cattle alongside the entrance track. 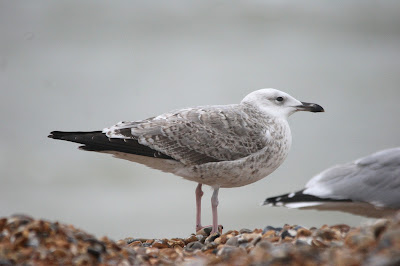 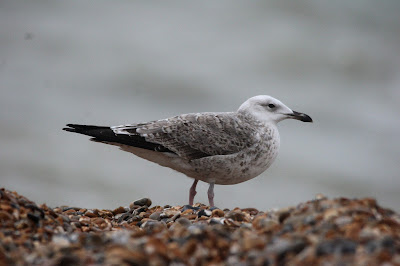 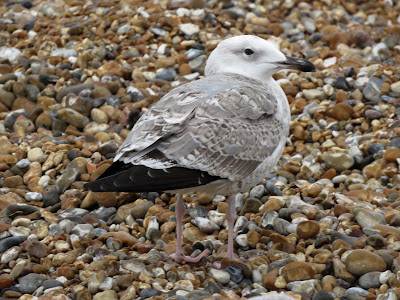 Caspian Gull Larus cachinnans   Dungeness   12th November 2016
One of the five individuals seen on the Point during the day.