With a slight drop in the wind there was a decent arrival of Chiffchaffs with at least 95 birds in the area (mostly around the Long Pits) and 52 Firecrests were still present. A Blackcap was seen at the Long Pits and there was an obvious increase in the numbers of Meadow Pipit, Linnet and Reed Bunting. There was also the first arrival of any size of Wheatears with 12 being seen and three Swallows flew through.

The mornings seawatch was not brilliant but still produced 566 Brent Geese, eight Mediterranean Gulls and eight Sandwich Terns of interest whilst 13 Little Gulls were seen in the afternoon. A second-winter Yellow-legged Gull was in the roost by the fishing boats this afternoon.

Three Porpoises were feeding offshore and a dead individual was found on the beach and two Brown Hares were seen near the fishing boats. 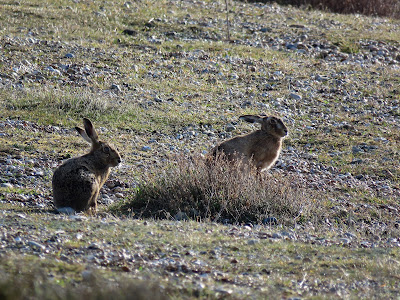 The Grey-backed Mining Bee Andrena vaga colony on the RSPB Reserve was very active with lots of males present and two queens being seen. 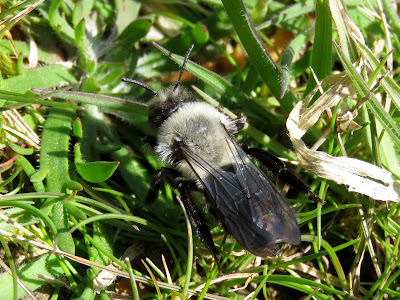