Another breezy day with frequent heavy downpours with thunder and lightning at times. A visit to the feeding station produced two Long-tailed Tits. There was very little passage offshore but in the afternoon huge numbers of gulls were feeding along the shoreline and included a juvenile Glaucous Gull, three Caspian Gulls, six Yellow-legged Gulls and three Mediterranean Gulls. There were also 57 Turnstones on the beach. 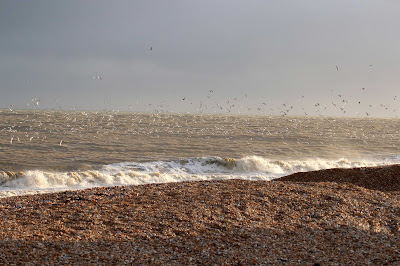 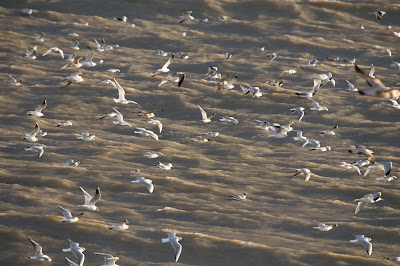 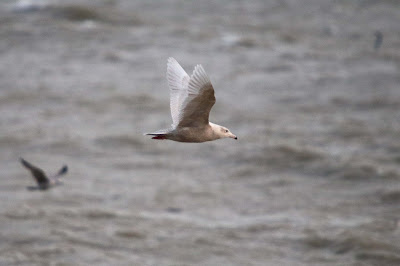 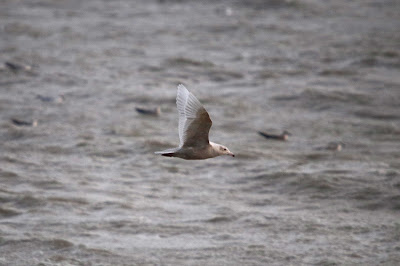 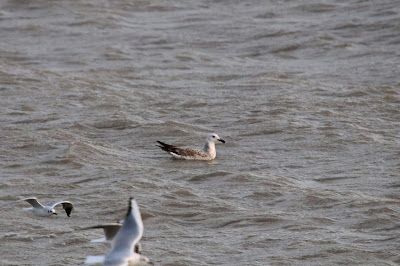 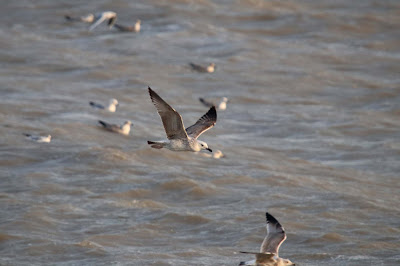 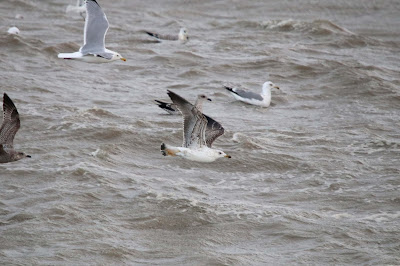