In Grasshoppers and Allied Insects of Great Britain and Ireland by Marshall and Haes published in 1988 it describes the shingle of Dungeness as home to 11 species of cricket and grasshoppers. Since then there have been some major changes to the fauna with Southern Oak Bush-cricket added on 7th October 2010, Roesel's Bush-cricket in 2007 and a Sickle-bearing Bush-cricket found on 26th September 2009. However, the most significant events occurred in 2015 with the discovery of a substantial breeding colony of the Tree Cricket, (the first breeding records for Britain) and a small colony of Sickle-bearing Bush-crickets in the same location.
In 2020 another species of cricket was added to the Dungeness area list in the form of Large Conehead ith about 32 individuals found in the Trapping Area and around the Moat.

Southern Oak Bush-cricket Meconema meridionale
First seen in 2010 and there have now been 25 records up to 2019. 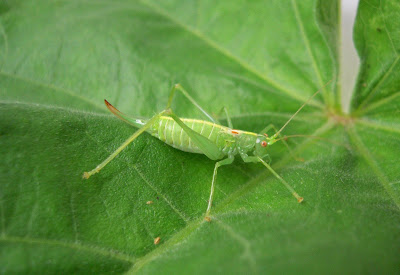 Great Green Bush-cricket Tettigonia viridissima
Only one Observatory area record prior to 2017 despite being common across much of the rest of the peninsula. In 2018 at least eight singing males were heard and one heard in 2019. A nymph was found in the Trapping Area in 2020.

Grey Bush-cricket Platyleis albopunctata
This "notable b" insect is very common at Dungeness. 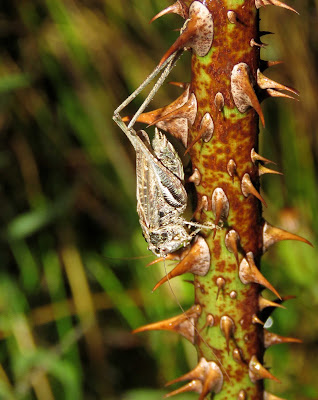 Long-winged Conehead Conocephalus discolor
Fairly common in the Observatory area. Occasionally occurs in a brown form as shown below. 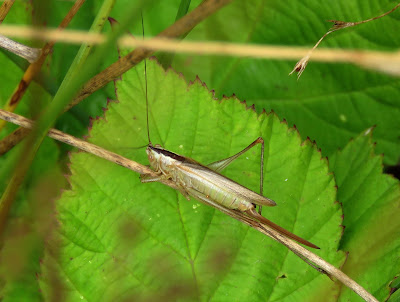 Sickle-bearing Bush-cricket Phanaroptera falcata
A female found at the Old Lighthouse Garden in 2009. In 2015 a small breeding colony of c12 individuals found and this has persisted until 2020. 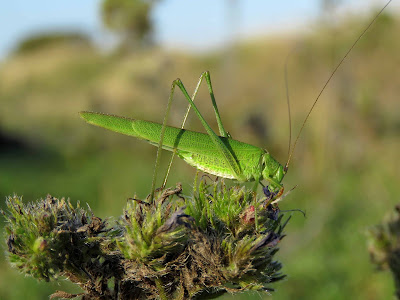 Large Conehead Ruspolia nitidula
First found in 2020 with an estimated total of 32 individuals counted. Most easily located by listening for singing males just after dark.  The first known breeding records . The first British example of a brown form was also found. 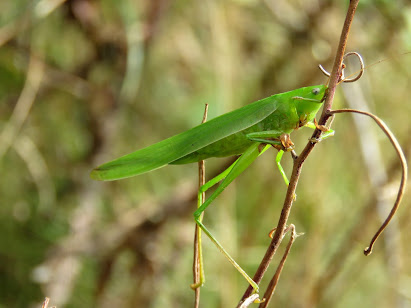 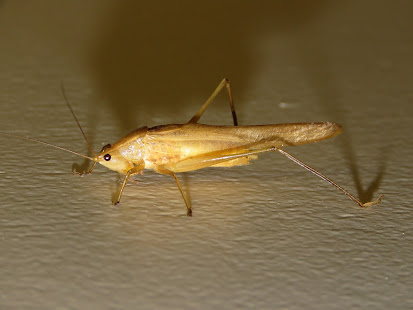 Tree Cricket Oecanthus pellucens
A substantial breeding colony was found in the Desert in 2015 - the first breeding record in Britain. The colony was still present in 2020 and appears to be increasing its range slightly. 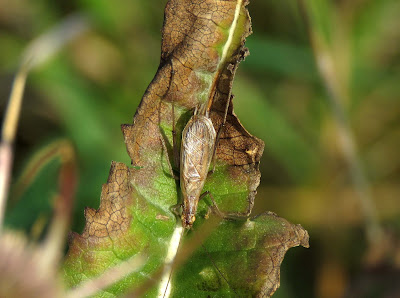 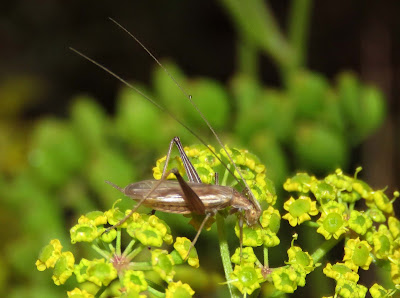 Cepero's Groundhopper Tetrix ceperoi
Found around the margins of the Long Pits.

Slender Groundhopper Tetrix subulata
Found around the margins of the Long Pits.

Common Groundhopper Tetrix undulata
Found around the margins of the Long Pits. 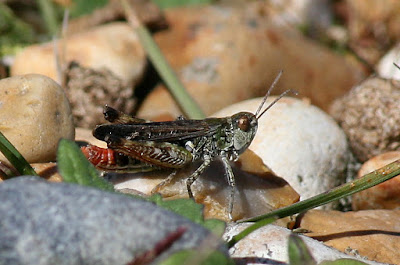